We bring you five gadgets cherry-picked from the Taiwanese electronics show. The Computex 2012 expo at Taipei (Taiwan) is a treat for hardware enthusiasts. As the world's second-largest computer event (next to the Consumer Electronics Show), it's definitely on the radar of every computer hardware and peripheral manufacturer in that region. However, this year's exposition had plenty of casual tech on display, the majority of which was in the form of tablets and ultrabooks. As expected, a large chunk of these devices showcased Microsoft's upcoming Windows 8. We've picked the best the expo had to offer and compiled it into a list for your reading pleasure.

5. Samsung Series 5 Ultra Convertible
This definitely isn't your mother's laptop. Samsung's ultrabook integrates a notebook with the goodness of a touchscreen. The slim and lightweight nature of the device, combined with the ability to swivel the touchscreen through 360 degrees, gives it tablet-like operational freedom. With Window 8's touch-friendly Metro interface, the Ultra Convertible blends the convenience of a tablet and the versatility of an ultrabook into a neat package. 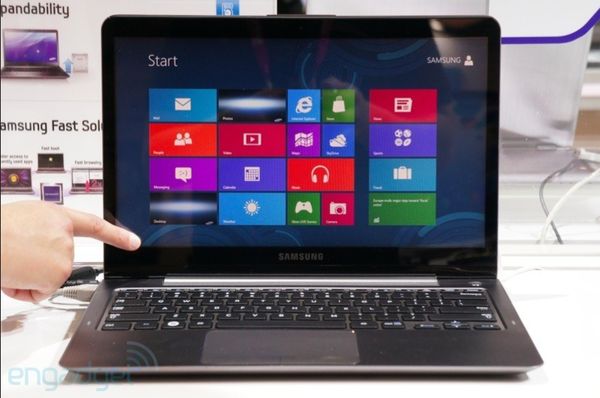 4. MSI Slider S20
This is another ultrabook sporting Windows 8 that can transform into a tablet. However, what sets the Slider S20 apart is its unusual sliding mechanism that lets it morph into a tablet without exposing the keyboard. The laptop sports an Intel Core series processor and features USB 3.0 and HDMI ports in a svelte form factor. 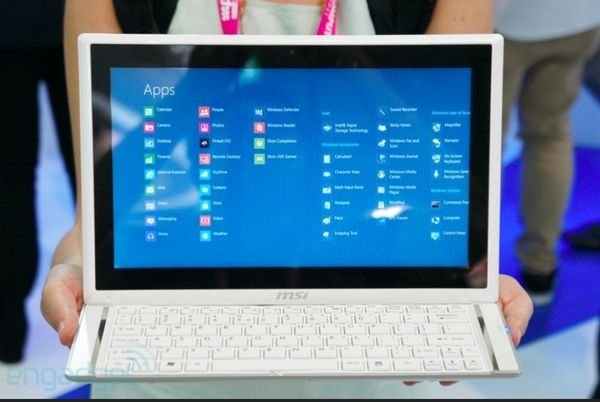 3. ASUS Taichi Series
This ultrabook from ASUS is too cool to swivel or slide. Instead, it fixes the laptop-to-tablet transformation problem with two separate displays on either side of the lid. This is certainly not the cheapest or most efficient solution, but the Taichi Windows 8 ultrabooks aren't meant to be either. Sporting two Full HD (1080p) displays, the laptop is powered by the latest Ivy Bridge Core i7 processor and equipped with 4 GB of RAM. This makes the Taichi the most well-endowed ultrabook of the show. 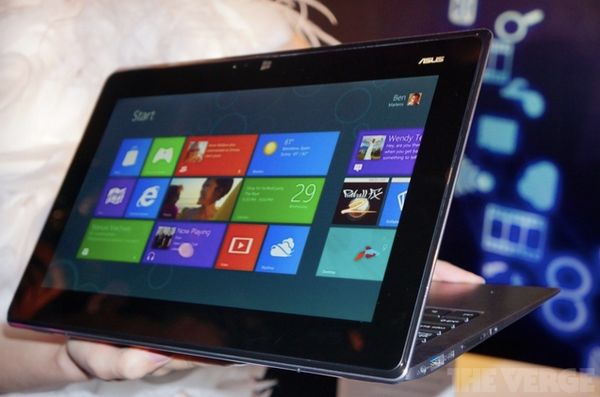 2. ASUS G75VW
Speaking of impressive hardware configurations, the ASUS G75VW laptop pulls no punches to attain the ultimate portable gaming experience. The 17" device packs in an Intel Core i7-3720QM and NVIDIA GTX670M GPU. The G75VW is loaded with 3 GB of RAM, which may not sound like much until you realise that's just the GDDR5 video RAM. The main system memory boasts of a whopping 16 GB of DDR3 RAM. Overkill doesn't even begin to describe this monster.

1. GIGABYTE Innovative Furniture
Furniture, you ask? Now, before you throw a hissy fit, allow me to clarify that the Taiwanese hardware expert hasn't forsaken computers for carpentry. These are no ordinary coffee tables and desks. GIGABYTE has embedded computers into these pieces for a seamless integration of tech and design. Most of woodwork has hardware components hidden away in the drawers, with the top surface harbouring ports that you can plug displays and peripherals into. There you go — now even your furniture is liable to be rendered obsolete!