The 5 Biggest Duds Of Computex 2012 | TechTree.com

A roundup of tech ideas that will make you go "What were they thinking?!". Computex is an annual expo at which electronics manufacturers from around the world gather to show off their latest toys and technologies. While we usually get to see cutting edge tech products that leave us in awe, some make you wonder what the makers were smoking when designing them. Now that the event is over and done with, we have a few gizmos that belong in the latter category, arranged according to ascending order of insanity.

5. ASUS ROG TYTAN CG8890
If you have more money than sense, this gaming computer is just right for you. After winning the suit filed by Hasbro regarding the use of its Transformers name, ASUS seems to have gone a step further with its CG8890 desktop meant for really rich gamers. As you can see in the video, when set to overclocked mode using the SPEED button, the chassis opens up à la a Transformer robot to reveal vents for extra cooling. It admittedly does look mega-cool, but do you really need a motorised mechanism to do that? If the vents fail to activate, you will be stuck with a hot box that will effectively function as an oven to roast the expensive hardware inside.

4. ViewSonic VCD22
The designers at ViewSonic seem to have been terminally infected with the Android bug. This 22" Full-HD (1080p) touchscreen device running Android 4.0 (Ice Cream Sandwich) is probably ok to use at kiosks, but the company seems to have home users in mind. Unfortunately, it combines the low performance of a tablet with the zero portability of a desktop PC to give you the worst of both worlds. With a 1 GHz CPU and 1 GB of RAM, it simply cannot compete with a conventional computer in performance. Even worse, the Android OS has not been optimised for such large displays, thus resulting in blurry images and broken apps, especially those designed for use on mobile phones. Even though the VCD22 can double up as a monitor, with a price tag of $480 (approx Rs 27,000), this counts as a definite dud. 3. SpareOne Emergency Phone
This mobile phone generated a lot of hype earlier this year, and was shown off at Computex too. The device has been in the limelight due to its claim of a 15-year standby time, that too using a single AA battery — notwithstanding the fact that no current alkaline or rechargeable cell can hold its charge for that long. This GSM dual-band phone comes in two varieties that let it be used anywhere in the world except Japan and South Korea (since they use different systems). It even includes a torch that may come handy during emergencies. While the concept of this display-less, no-nonsense phone is interesting, the steep asking price of $135 (approx Rs 7000 including shipping) means you're better off buying a cheap feature phone instead with a battery life of a few days — which is all anyone needs, really. 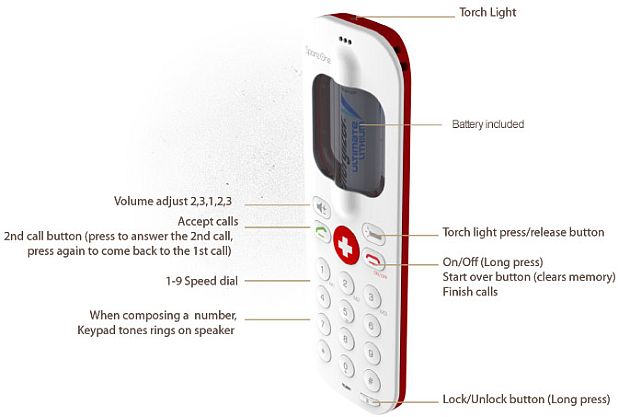 2. Intel's Laptop Anti-Theft System
Intel demonstrated its alarm system for laptops, which can be programmed to go off when the computer is taken outside your phone's range. It's basically an Android app that uses Bluetooth to implement said security feature, and can only be stopped by a password after being set off. However, the problem is that the "safe zone" extends to just five feet from your phone. This means it can only protect your laptop while your phone is right next to it. Worse, it does not even make use of anti-theft features already incorporated in Intel-based laptops that can incapacitate the device once the theft is detected. This is well and truly a pointless app. 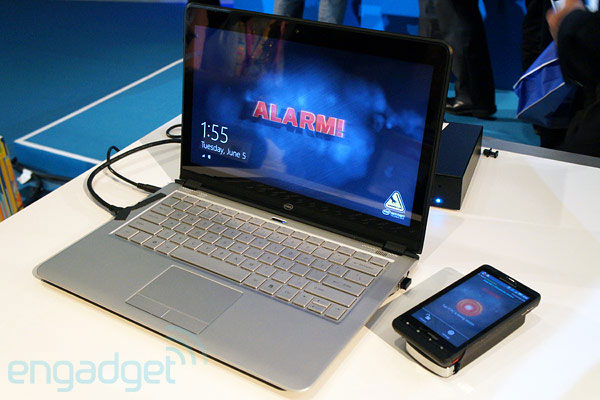 1. Lian Li PC-CK101
Lian Li is renowned worldwide for its classy computer chassis that are quite popular among gamers. However, the PC-CK101 system case that the company showcased this year left me confused about the thought process that went into creating it. The chassis in question is shaped like a classic steam-engined train, and admittedly does look cool. The problem is that it comes with rail track that is a couple of metres long along which the case actually chugs back and forth, billowing steam in the process. Now, who would be daft enough to want a moving chassis for their computer?