We discuss what the Final Fantasy maker has in store for India. 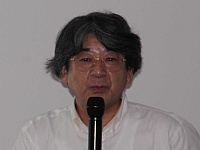 Yasuhiro Fukushima, founder and chairman of SQUARE ENIX, was in India recently to lay the foundation for the SQUARE ENIX Game Development Contest India 2012. With a grand prize of Rs 10 lakh, the endeavour seeks to discover game development talent in the country.

This is not the first time the company has taken up such an initiative. In fact, Dragon Quest - one of Japan's largest and most enduring RPG franchises - was the product of a similar talent hunt organised by Fukushima in Japan back in the '80s. In this interaction, we discuss the contest and SQUARE ENIX's plans for the video game industry in India.

What are SQUARE ENIX's plans for India with the game development contest?
This year, SQUARE ENIX will focus on game development in India. With this event, the company seeks to discover the next generation of talented Indian game developers and showcase them to the world. That is the main objective of this activity.

What prompted you to look at India from a game development perspective?
The gaming industry is quite small in India, however the potential is huge. The market will grow, but as of now nobody can tell when that will happen. Smartphones and tablets are proliferating in great numbers in this country. Since these also double up as gaming devices, it makes sense to focus on India. Gaming is a part of the entertainment industry, and like movies, local content works for games as well.

How many years do you think will it take for India-made games to become mainstream?
According to me, it should take about three years for locally-developed games to become mainstream in India. If done right, it will take five years to see such content in the majority. In another ten years time, the Indian video game market will be similar to Japan, where the Japanese industry creates games consumed entirely by the Japanese people.

You will be setting up an office in India. Will you be hiring a sizeable number of people for it?
We will tie up with game developers for content for the first couple of years, after which we will, of course, hire new local employees as well.

What about portable platforms such as PlayStation Vita?
No, we won't be developing games for that platform through India.

Do the games have to showcase Indian content?
The objective of the contest is to seek out talented Indian game developers who can create new games for the Indian market. The nature of the content can be anything - western, Indian, or Japanese - as long as the games are being made by Indian developers. As a technicality at least one member of the development team has to reside in India.

Will you be outsourcing game development elements such as texturing and 3D modelling to India?
Our main objective is to create a market for India-made video games over here.

What's the reason behind having a contest instead of just hiring an Indian studio to create games?
Before setting up a studio or office in India, we need talent required to create video games. This is a stepping stone in that direction.

Will this contest be held in other countries as well?
Yes, in South America. Chile has 36 game developers, Mexico has 70, while Brazil has 110. A majority of these companies do not have independent titles. Their situation is similar to the Indian market.

Will you be using India to port existing SQUARE ENIX and Eidos games to the mobile platforms, or is it just for original IPs?
Since it is already being done in Japan, so we aren't considering this option.

Will the contest winners be refined \ mentored by SQUARE ENIX?
Yes, SQUARE ENIX will be involved in the process, and will ensure that the final product will be polished.