Currently, in nascent stage, these tiny wearables have huge potential. 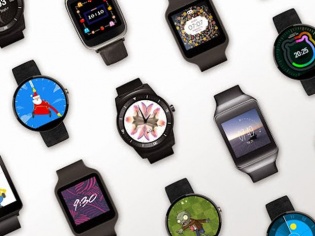 Mobile phone ownership continues to increase across the world. According to a Statista report, there will be five billion mobile phones globally by 2019. The majority of these mobiles will be smartphones. Australia has one of the highest smartphone penetration of about 77% , and is second only to technology hub South Korea. However, there is a new generation of tech devices which could unseat the mobile phone as king of the gadgets: could wearables be about to take over from smart cell phones?

What are wearables?
‘Wearables’ is the catch-all term given to any electronic gadget which is clipped to clothing or worn directly on the person. The product category includes various kinds of device, but some of the most common are:
Many of these devices include biometric sensors, so they can monitor the wearer’s heart rate, temperature, breathing rate and more - providing data in real time for fitness or medical purposes. Fitness gadgets like the Fitbit are linked to satellites for navigation purposes, while the Apple Watch can be used to check into hotels and make contact-less payments during purchases. Other wearables are designed to make hands-free call answering, and there are also devices to record your activities.

The market for wearables is growing at a remarkable rate. The global value of the entire wearable tech industry is predicted at 19 billion USD by next year and 52 billion USD by 2019. Back in 2014, only 4.5 billion USD spent on wearable gadgets. Wearables are becoming increasingly affordable and this makes them very desirable in a mainstream consumer market. Additionally, discount coupons can bring the prices down further so anyone can access wearable technology. Voucher suppliers like OZCodes.com.au are the ideal places to find discount codes for top tech manufacturers, from Apple to Fitbit.
Could wearables replace mobile phones?
One of the most important features users are requesting in their smart watches and headsets is the ability to answer calls and messages on the go. Currently, there are a lot of Bluetooth connected devices which can enable hands-free phone use - such as earpieces for taking calls while driving, or watches which can pick up and send SMS messages. The best example would be Samsung's Gear series of smartwatches. While current smart gadgets tend to act as the middleman between the user and the phone, there is a new wave of smart wearables which misses out the phone entirely and offers all of its features directly. Studies show that calls are one of the least used features on the average smartphone. The following mobile-based activities are all more common than making calls:
However, 91% of us say we keep our phone on us at all times so that people can get in touch with us - so calls and messages do still matter. Having a smart gadget which can manage calls is a big bonus to consumers. There is already work being done to make phones wearable: Nokia’s Morph mobile phone concept design wraps around the wrist or ankle, for example. This will appeal to anyone who has ever suffered the loss of a phone. Studies suggest that mobile phones are second only to keys when it comes to the items most commonly lost - being able to wear a mobile phone is sure to cut this statistic right down and prevent losses.
The future of wearables
For now at least, mobile phones are here to stay. The majority of consumer wearables including the one from Apple are designed to complement smartphones, rather than replace them. Demand for cell phones is still growing across the world, and smartphone adoption rates in developing countries are only just starting to reach double figures. However, as the technology that powers mobile phones becomes smaller, it seems logical that placing call and message software inside a wearable wristband or watch will be the future of communicative devices.
Wearables are also being given full Internet of Things capabilities. This means that worn gadgets can interact with household devices and appliances, as well as including AI technology that learns as it goes. Future wearables are likely to be hybrid computers that manage the functions of your current gadget collection - including remote controls, phones, music players, electronic organisers, smart wallets and fitness trackers.
Expect to see a big rise in the variety of wearable gadgets available, as innovation moves beyond simple watches into a wide range of wearable products. Biometric clothing, buttonhole cameras, medical monitor rings and even subdermal implants are just some of the concepts raised by wearables manufacturers at this year’s Consumer Electronics Show in Las Vegas: as the year progresses, there are likely to be some incredible innovations in smart devices.