Home » Features » 5 Great Alternatives to WhatsApp You Can Try

5 Great Alternatives to WhatsApp You Can Try | TechTree.com

5 Great Alternatives to WhatsApp You Can Try

After WhatsApp decided to share user details with Facebook, users have been clamoring for an alternative for their private conversations. Recently, when WhatsApp decided that it will be changing its Privacy Policy terms and sharing user details with Facebook, which is it's parent company, users around the world were taken aback. Sharing user details would mean that users' usage patterns will be known to Facebook, and ads will be displayed on the software as per that. But then, what could be the alternatives to using WhatsApp, considering it remains one of the most widely used messaging apps:

Heralded by young tech entrpreneur Kavin Bharti Mittal, Hike Messenger has gone to become one of India's best known start-up success stories in recent times. Ever since it launched in 2012, Hike has worked on privacy with an incorruptible encryption key, and also does away with all internet bandwidth concerns, as it functions without any wi-fi or data packs. Recently, they also mentioned including local emojis and e-stickers, which users can personalize their communications with.

BlackBerry has traditionally been a favorite with techies, simply because of the level of privacy in provides users, because of it's strong security encryptions. From the early 2000s when it came into being for BlackBerry phones, BBM was the kind of application everyone wanted and competitors wanted to beat. Later in 2013, the Canadian company created versions of the BBM for Android and iOS phones looking at the popularity of the other emerging OS.

If the WhatsApp functionality pleases an user, the Viber app should do so even more. With video calling features, this chatting app also includes features like free messages, call, and even host video conferences, and can be used on both desktop and mobile devices.

Though the namesake might put it at a slight disadvantage, but on tech terms, it doesn't hold back in terms of utility and features. It has a self-destructing chat timer, which destroys the chat conversation after a fixed duration as set by the user, apart from being encrypted application. In fact, if there is a screenshot being taken, the other user will get an instant notification. It also supports .gif files, and there are stickers and emojis from 3rd party apps, and also works faster due to it's cloud sync interface. 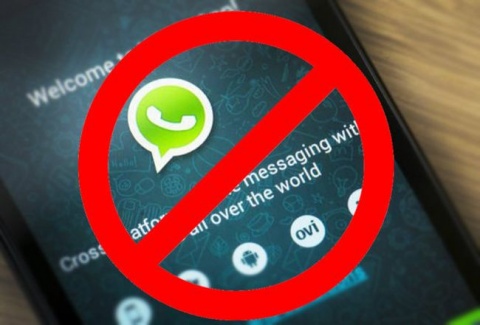 Apart from the fact that it still has a dedicated chat portal, there are a series of utility features which makes WeChat useful; one can hail a radio cab, and also pay utility bills through the app. Then there is the suite which resembles Microsoft Office, where one can store and share documents well. And not just the mobile, WeChat is available for the desktop as well.