Home » Mobiles » Google Designing Its Own Chipsets Is A Great Idea, But It Has Long Way...

Google Designing Its Own Chipsets Is A Great Idea, But It Has Long Way To Go | TechTree.com

Google Designing Its Own Chipsets Is A Great Idea, But It Has Long Way To Go

The obvious advantage that Apple had over the years, may finally come to an end. 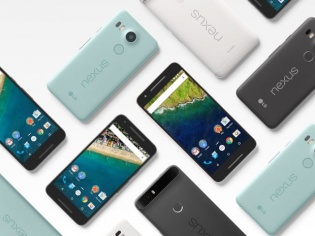 Apple has been using custom-designed processors paired with their own software on mobile devices for years. And somehow for them things have worked out pretty well, considering their business model in mind.

What Apple gets from these Ax (currently the A9) chipsets is performance that has been custom-designed from scratch specifically for its iOS or software.

On Android, things are not as optimised as on iOS, games an apps designed by third party developers scale according to device or to fixed screen sizes, which is why your phablet sized smartphone has font sizes that look like someone’s turned on the accessibility mode. But this an many of Google's fragmentation issues are about change, because Google is looking to build its own chipsets.

In short, if Google manages to accomplish this by roping in experts like Qualcomm, Samsung or TSMC. You as an Android user will be able to see more custom-made Nexus-only features appearing on Nexus devices than on any other Android smartphone. And for Google and Android this will be a good thing.

This is because every other smartphone brand including Google’s current Nexus line-up picks up parts from a limited parts bin, that gets updated every year (namely Qualcomm). So every flagship from every smartphone brand this year will sport a Snapdragon 810 chipset.

But along with that all of those smartphones also fall prey to that chipset’s limitations. This restricts any other smartphone manufacturer from standing out from the crowd because you can only make a peanut butter sandwich with two slices of bread and a jar of peanut butter.

For example, Samsung’s Exynos 7420 chipsets are not only faster than Qualcomm’s Snapdragon 810, but also more efficient with its 14 nm process making their phones better with battery life than Qualcomm ones (Qualcomm focusses on Quick Charge). But sadly, you will not find any extra features, which kind of kills the purpose of this exercise, because Samsung can modify Android only so much, until Google’s Android restrictions begin to fall in place.

In short, Samsung has a better chance to do something brilliant with Tizen, (feature-wise) than with Google’s Android it makes both the software and the hardware, similar to Apple. And this is the sole reason why Samsung’s Gear S2 comes with Samsung’s own Tizen OS (free from the hardware and software limitations of Android Wear).

While Google does not have the expertise to manage an operation and find suppliers to build a quality chipset, it will be a slow learning process. But who is going to build Android’s greatest chipset for a Google Nexus device?

More importantly, convincing Qualcomm to build a chip that it will be able to sell only to one brand, will be hard. And profits aside, Qualcomm would find it hard to explain that its Google chip is faster or more capable than the one its pushes off to other manufacturers.

Apple has been doing this for years and for now we think that its high time Google started it even if it means that Google has push aside brands. Because this is what it needs to do for Android to evolve along with its Nexus brand. Gone are the days when Android looked ugly out of the box, it is now polished and refined and many are rarely looking beyond a Nexus device for an Android smartphone.

This is only the beginning as Google would later move on to other custom-made hardware turning it into the Apple we have today.

Question is, if Apple is already at this stage today, will Google’s uphill battle even matter when their final product is ready?

Despite Apple’s dominance, Android flagships have plenty of takers today and there will still be plenty more in the year’s to come, unless Android’s vulnerabilities grow to quite an extent leading to Android’s downfall. But like the Sun burning out all its energy and the solar system stepping into darkness (there's plenty of time for that), we don’t have to worry about Android dying right now.