The BlackBerry Priv May Be The Best Android Smartphone Yet | TechTree.com

The BlackBerry Priv May Be The Best Android Smartphone Yet

When talking about Android, security is the first word that comes to mind and BlackBerry seems to have that covered. 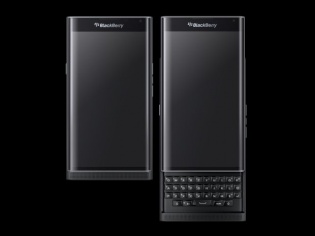 To make things clear, I have never owned a BlackBerry smartphone. The ones I have used as my daily driver in the past, have only been the recent ones to come from BlackBerry’s stable, the Passport and the Classic. And while I hated the software complexities of the Bold era, BlackBerry 10 does impress but with just one problem, the lack of apps.

I loved the feel of the BlackBerry Passport. It looked and felt unique and the keyboard was great (although I preferred the one on the Classic). The in call audio (HD) quality was excellent and the best on any smartphone, including the iPhone 6 Plus that I was using during the same period. Still then, my only reason to keep it in a draw came from the lack of apps, which were plentiful on the iPhone 6 Plus and my Samsung Android smartphone.

And the apps are the only reason why you would leave your BlackBerry behind. It was a major problem, and Amazon’s App store could do nothing about it because Android apps had teething issues with BlackBerry’s UI.

It surely left me wondering what would it be like, if a BlackBerry smartphone as powerful as the Passport, could run Android and Google’s Apps on it. But the thought itself was short-lived, as I somehow felt that BlackBerry would not switch over (to the dark “green” side) after years of research on its own super-secure BlackBerry OS 10.

But now as we all know, it has finally happened and BlackBerry’s first Android smartphone (hopefully not the last) is the Priv, which stands for privacy.

Keeping the current news about endless Android vulnerabilities in mind, right now is indeed a good time for the Priv to be announced.

It packs in a form factor that only comes close to the Dell Venue Pro in terms of looks, but is still pretty unique (not to mention, slim). The full QWERTY keyboard is another reason I would pick one up as typing on a physical keyboard (especially BlackBerry ones) are an experience that can be savoured, something that is more of an afterthought on Android smartphones these days. And the Priv packs in some pretty up to date hardware as well. A Qualcomm Snapdragon 808 (hexa-core) chipset with 3 GB of RAM is pretty much on par with the Android flagships. So performance clearly is not a problem, unless BlackBerry’s security standards and encryption techniques get in the way.

Then there’s the privacy bit. Out here is where those looking for an Android smartphone with security as their top priority will find the BlackBerry really interesting. So yes the BlackBerry is not for tweakers and custom ROM users.

So what do you get when you combine a flexible operating system (Android) with the most secure one (BlackBerry OS)? Its not slow, that’s for sure.

This Godzilla, has plenty of tricks up its sleeves.

Firstly, there’s BlackBerry’s Root of Trust that uses cryptographic keys hard-wired into the hardware of the device. Meaning that this not a layer of software running on assembled hardware, this software knows the hardware and hardware is also aware of the software. For example, the Boot ROM residing in the CPU will verify the Boot ROM after which the Boot ROM verifies the signing key of the Operating System, making the Priv difficult to compromise. This was a feature that was available on the Passport as well, but comes to an Android-powered device for the first time. Thinking that a root will give you access to flash this smartphone like other droids out there? Nope, its not happening here. Verified Boot and Secure Bootchain ensure embedded keys to verify every layer of the device from hardware to OS to applications in order to make sure they haven’t been tampered with. So yes, the data inside your BlackBerry Priv is locked down in a fortress. Then there’s more goodies, like FIPS 140-2 compliant full disk encryption. Its, turned on by default. And finally the Priv also uses DTEK.

DTEK is a new BlackBerry app (designed keeping in mind Android’s “high” security standards) that works as an assistant to monitor the security on your smartphone. It looks after everything to do with security and will even suggest changes to your passwords if need be.

And then of course the cherry on top is complete access to Android’s Google Play Store. So for the first time on a BlackBerry device, you will have the combination of powerful hardware, combined with secure and flexible software and millions of apps and games to download.

No, Blackberry has not switched over to Android, but seems to be testing the waters right now.

Clearly, it is the first time ever that we are getting a BlackBerry device powered by Android. And for now, all we can tell is that every other manufacturer out there needs to buckle up as the ride is going to get bumpy.

In fact, this could be the Priv could change BlackBerry’s future in the smartphone business and bring back the days of the pre-Apple era.