Sony Launches Its PROselfie Smartphone, The Xperia C4 In India

The selfie machine gets a complete design overhaul. 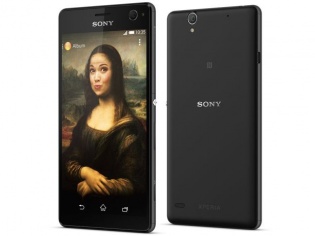 Sony has launched its Xperia C4 selfie-centric smartphone for the Indian market. The device comes with a wide-angle, 5 MP, front-facing camera that similar to its predecessor, which is accompanied by an LED flash, for those flawless selfies.

The Xperia C4 was announced worldwide just about a month ago. And it now seems that this product from Sony seems to have a higher priority even when compared to the mighty Xperia Z3+. This is because it has Sony has given it a complete overhaul in terms of both design and hardware. Gone is the cheap looking plasticy body of the C3. The Xperia C4 looks like a premium product thanks to its metal frame and the matte finished plastic back. Looks apart there is a lot that has changed in terms of hardware as well. Along with the hardware, also comes a software refresh. There is Android 5.0 Lollipop inside and the camera comes with the new Style Portrait mode and even a new AR Mask feature, that lets you place a different face over your own face. Available in black, Vibrant Mint and white the Xperia C4 has been priced at a hefty Rs 29,490 and will hit store shelves on the 12th of June (today). While this may sound like a mid-high segment price tag, Sony has improved a lot of things under the hood when compared to its predecessor; so it looks worth the price (at least on paper) for now.