The price cut makes perfect marketing sense as it will push the demand of the flagship handset. 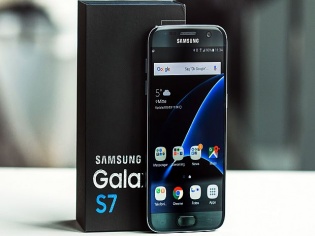 In what might be a surprise move, Samsung has given two of its flagship handsets, a INR 5,000 price cut, namely the S7 and S7 edge. As reported by Gadgets NDTV, the news of the price drop was reported by a Mumbai based retailer, but later confirmed independently. The Samsung Galaxy S7 will now have a dealer price tag of INR 43,400 in India, while the Samsung Galaxy S7 Edge will be available at dealers for INR 50,900. The prices quoted here, are those of the 32GB variants of the phone, which were launched at INR 48,900 for the S7 and INR 56,900 for the S7 edge, respectively.

The S7 duo was initially revealed at MWC 2016, and only a month later did the pair make an appearance in the India market. The edition to be launched in India, happens to the 32GB variant only. But hopefully, it receives a price cut which could bring a new set of consumers into the fold, who have appreciated the handset earlier. However, considering that Samsung Galaxy Note 7 phablet has just been launched, the price cut makes perfect strategic marketing sense to push the demand of the flagship handset up. Launched with a price tag of INR 59,900, the sale of the Note 7 shall start from September 2, and the pre-booking orders are being taken till August 30. With a steeper price range, the flagships are meant for consumers with deep pockets, but the for the geeks, the features and firepower matter more and will bring in the customers accordingly.