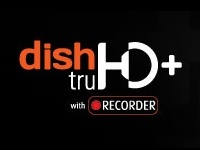 
Now that everybody and their uncle in the satellite TV space has moved to the HD bandwagon, dishtv has finally upgraded its set-top box (STB) to the widescreen 1080i format. Priced at Rs 2700, the Dish truHD+ is marginally cheaper than competing HD boxes from the likes of airtel and Tata Sky.

However, with Rs 375 as the base price for the starter subscription pack, it's substantially more expensive than the competition in the long run. The inability to pick and choose channels like Tata Sky is also a problem for those wanting to settle for a base subscription pack and add the channels that they watch regularly. Now that we have got the money worked out, let's take a gander at the hardware. No Hard Drive? No Worry!
The Dish truHD+ box is surprisingly small and light for something that offers recording feature. If you haven't noticed, it's also substantially cheaper than the rival DVR (Digital Video Recorder) offerings. That's because, unlike the competition, the truHD doesn't include a hard drive. Recording is achieved via a USB port at the rear, which can accommodate drives ranging from 1 GB to even those beyond 1 TB.

Although, dishtv claims that the recording feature comes at no extra cost, you still have to pay Rs 300 to trade in your plain-vanilla non-recording remote with one that has extra recording controls. That's extra cost, any way you look at it. Unfortunately, getting the recording feature activated turned out to be quite a cumbersome task. Even after many requests and inordinate delays, I couldn't get the DVR component activated from dishtv's end. This may be a one-off case, but it raises serious questions about this add-on feature.

The Set-Top Box
The front fascia of the STB is spartan with just a single power button and another pair of buttons for changing channels. A decidedly cheap looking 8-segment display takes care of the volume and channel status in the centre. The device is powered by an external power 12v adapter, which jacks into the rear. A\V connectivity options include HDMI, component, composite, and an optical out to route bitstream 5.1 audio to your A\V receiver for proper multichannel output. Don't expect any internet-enabled features, thanks to it's lack of a LAN port. While the plain-vanilla remote control is fairly easy to operate, the upgraded DVR capable remote is ill-designed and too cluttered for comfort.

With a cold startup time of 35 seconds, it's quite annoying if you prefer to save power by shutting off your gadgets, like I do. The STB is fully operational within 15 seconds from standby though. The UI isn't fast, but the response time is on par with the competition. The delay between switching channels, although, is noticeably longer than the Tata Sky or airtel offerings. The UI looks dated, and isn't very appealing unlike airtel's transparent menus or Tata Sky's polished and well designed offering. However, in terms of functionality, it does its job just as well with proper channel categorisation, programming info, and all the feature that you find in competing STBs.

Middling HD
Picture quality wise, the Dish truHD+ can be placed between Airtel digital TV [HD] recorder and Tata Sky. The bit-rate seems to be better than airtel, as it's evident in better handling of fine colour gradients and reduced motion-induced blockiness. However, all HD channels show inordinately high edge correction, which is a bit annoying. With Tata Sky it still looks marginally better though. The availability of HD channels is on par with the competition.

With the Dish truHD+, dishtv makes a smart move by eschewing expensive hard drives for USB recording, for Rs 300 extra. This not only makes it substantially cheaper than the competition, but also more flexible in terms of storage space limitations. The only problem is that my personal experience regarding the activation of the DVR feature was quite dismal, but yours may vary.

Unfortunately, the savings are offset by the rather high entry fee of Rs 375 for the basic channel package. With decent picture quality and 5.1 channel audio support, this doesn't look too bad when you consider it as a cheaper DVR alternative.

That's DRM (content protection) implemented by all DVRs. If you had read my airtel digital TV [HD] recorder review, you'd know that connecting the hard drive from the DVR to your PC doesn't work either.
Submitted by Nachiket Mhatre on Tue, 27/03/2012 - 12:35

Excerpt from the review: "Even after many requests and inordinate delays, I couldn't get the DVR component activated from dishtv's end." Here you go: http://www.bhattieye.com/html_files/takeappointment.htm
Submitted by Nachiket Mhatre on Tue, 27/03/2012 - 12:22

"Looks like you got paid to bring down Dish Tru HD+. 1) Complaint about package price? Every operator plays smartly and place channels in a way that if you want to view your selected channels, then you have to pay more. Nothing new here. Everybody is same in this concern." It's funny how you accuse me of being corrupt, but you provide no proof or facts to back up your argument. Here are some facts: both Tata Sky+ HD and airtel digital TV [HD] have base subscriptions starting at less than half the price of dishtv's base package price. Moreover, both Tata and airtel allow you to add channels and packages individually, unlike dishtv, which forces you to pay a huge amount. It's evident that everybody isn't the same and dishtv is indeed considerably more expensive in this respect. That's an incontrovertible fact. ----------- "Looks like you got paid to bring down Dish Tru HD+. 2) Missing Hard Drive? This is infact good as the consumer is not limited for storage and need not pay huge price for DVR set top box." Wait, what the... I don't even... I have mentioned dishtv's hard drive-less recording in the pros section and shown that in a positive light, because that feature makes it cheaper than other DVR boxes. So you're essentially trying to say that I have been "paid to bring down dishtv" by praising their cost-effective USB recording feature. That makes no sense whatsoever. Well, I'd like to have some of whatever you've been smoking. ----------- "Looks like you got paid to bring down Dish Tru HD+. 4) less buttons on the front? I have never seen anybody operating with buttons on STB as you would always do it from a distance. So that is not a point for complaint." I have just stated the fact that the STB has three buttons on the front. Never have I implied it being a shortcoming. Man, if jumping to conclusions was an Olympic event, you'd bring home gold medals every time. ----------- "Looks like you got paid to bring down Dish Tru HD+. 5) HD quality? not bad at all, but yes, may be a little lower than Tata Sky HD." I give up. What point are you trying to make here? How does dishtv's "not bad", "lower than Tata Sky" HD quality say that I got paid to bring dishtv down? ----------- "Looks like you got paid to bring down Dish Tru HD+. It took just 3 days total in submitting request, getting the remote and start the recording feature in my case." Excerpt from the review: "The only problem is that my personal experience regarding the activation of the DVR feature was quite dismal, but yours may vary." I'm glad that you had a speedy experience, but mine wasn't. As a reviewer, I'm obliged to write what I experienced first hand; so pardon me for telling it like it actually happened, and not quoting the official dishtv upgrade policy.
Submitted by Nachiket Mhatre on Wed, 28/03/2012 - 00:41

If you had cared to actually read the review, you'd have known that comparisons have already been made to Tata Sky+ HD and airtel digital TV [HD] recorder in the aspects that matter (picture quality and channel package price). I believe all features have also been mentioned in the course of the review. The idea is to mention the important specs and leave the rest to the product page, which is always linked at the very beginning of the review. This leaves the article free to provide insight about the product - something that can't be gleaned just by listing out specifications. I think you have reservations about the review being concise. But I'm afraid that's an editorial decision, which isn't amenable to the whims of the vocal minority. However, your feedback is duly noted and appreciated.
Submitted by Nachiket Mhatre on Wed, 28/03/2012 - 00:58
News Corner
IMP IMP IMP
##