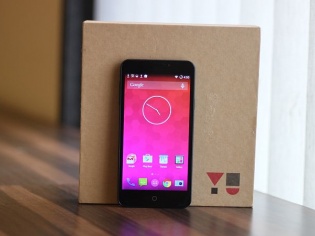 Micromax has a two pronged strategy. It competes with the GALAXY phones with its Canvas series. At the same time, it's taking on Xiaomi with the newly unveiled brand YU. Micromax's plan is to beat Xiaomi at its own game by providing specs-heavy phone at an affordable price. Dubbed as Yureka, YU's first phone runs Cyanogen flavour of Android. So before it hits the market on 19th, let's find out how good it is.

Design
Like most budget Android phones, the YU Yureka is not going to win you over with aesthetics. It's a run-of-the-mill handset with plastic body and rounded edges.

On the bright side, the phone's construction is solid. Having used it for a week, I can tell that this phone can withstand a drop or two. The back-panel has a nice matte rubberised feel. The cover gives access to the battery, memory card compartment, and two SIM slots.

The phone is as big as the OnePlus One — not ideal for one-handed use. The lock button is on the right hand side. Opposite is the volume rocker. 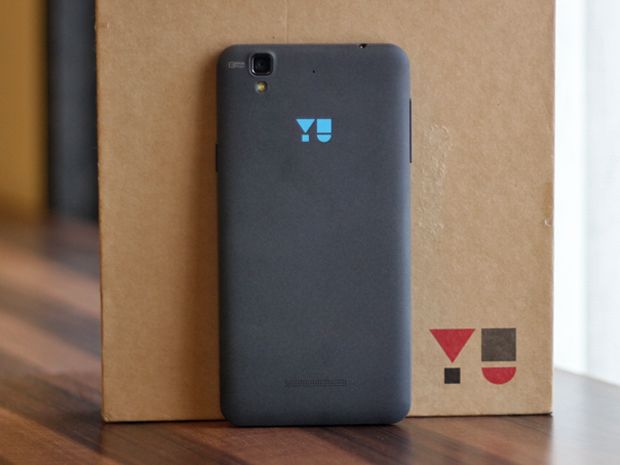 Display
The phone features a 5.5-inch IPS screen with HD resolution. At pixel density of 267 ppi, it's not the sharpest screen in the category. Going with a 5-inch screen would have been a sensible. A smaller screen would have ensured 300+ ppi display and better handling.

The panel's colour reproduction is very good. The viewing angles are wide too. However, colour shift is noticeable at extreme angles. The panel is brighter than the OnePlus One's screen. For scratch-resistance, you have Corning Gorilla Glass 3. There's even oleophobic coating to keep smudgy fingers in check.

Specifications
The Yu Yureka is powered by a 64 bit octa-core Snapdragon 615 chip. This ARM-based processor has 4 cores running at 1.5 GHz and the other four at 1 GHz. Gaming is taken care of by the Adreno 405 GPU and 2 GB RAM. Despite its affordable price, Micromax has thrown-in 16 GB internal storage. You can further expand it with 32 GB memory card. In the camera department, you get 13 megapixel camera with LED flash. For selfies, you get a 5 megapixel front-facing snapper. This dual-SIM phone supports 4G. Other features include Wi-Fi, Bluetooth 4.0, GPS, 3.5mm audio jack, FM Radio, and 2500 mAh battery.

Software
The phone runs Android 4.4.4 Kitkat with CyanogenMod 11 on top of it. The software is ideal for power users. For instance, you can change the boot animation and fonts without rooting the phone. Moreover, the privacy guard option allows you to control the permissions acquired by the individual apps.

CyanogenMod comes with a built-in theme support. The default theme is exactly the one you get on the OnePlus One. You can download tonnes of themes from the store. Majority of these themes are paid though. 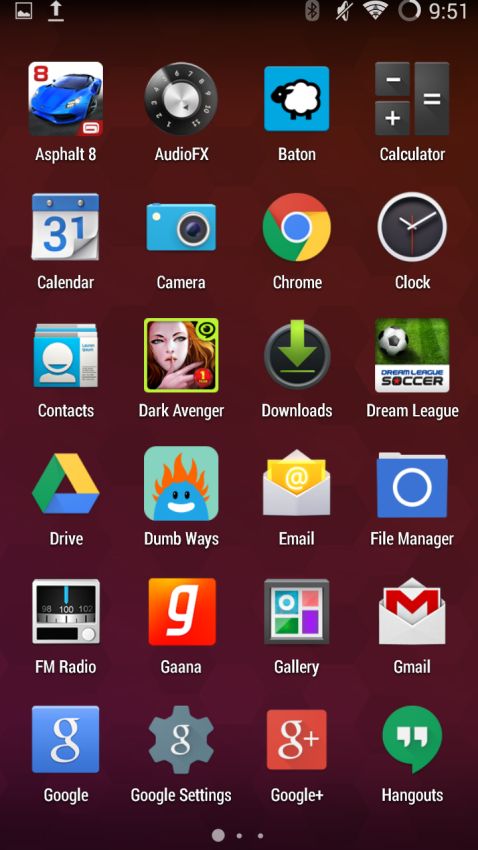 Considering its affordable price tag, the user experience is very good. It feels as if you are using the OnePlus One that costs twice as much. The Yureka also shines in the gaming department. It runs high-end games such as Real Boxing, Asphalt 8: Airborne, and Real Boxing at better frame-rate than any other sub-10k handset. However, the image rendering delay found in the OnePlus One is also present here.

Multimedia
The Yureka sound output is quite good. The manufacturer has been generous to throw-in decent earphones at this price point. The video player is very basic. For more formats and subtitles support, you better download a good third-party player. Once you have the right software, the phone can play popular formats in Full HD resolution. 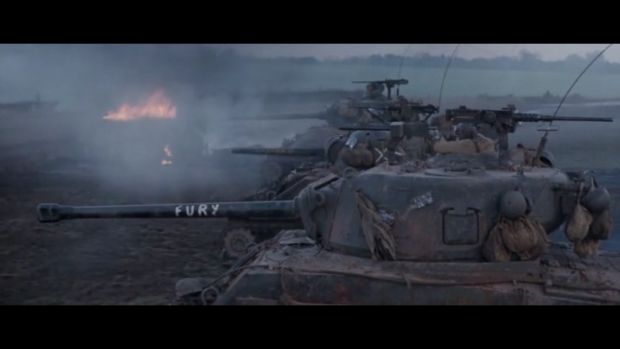 Camera
The Yureka's camera is a mixed bag. The camera viewfinder is sluggish. Many a times, it fails to capture detail in broad daylight. Despite packing in a 13 megapixel sensor, the images get marred by excessive noise. On a lucky day though, the camera pulls off good performance in low-light. In all, the camera is inconsistent. Considering that the phone hasn't hit the market yet, YU has time to fix the issue. Click here for a camera sample.

The Yureka can record Full HD videos at 24 fps. The videos come out quite smooth.

Cellular And Messaging
After using it for over a week, I can tell that the phone's network reception is solid. This dual-SIM phone also compatible with India's 4G standards. In the messaging department, you get standard Android keyboard with SWYPE-esque functionality. 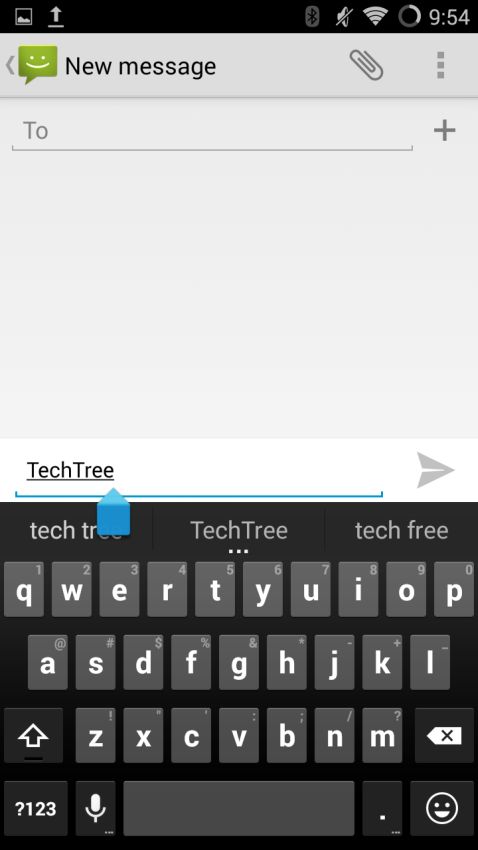 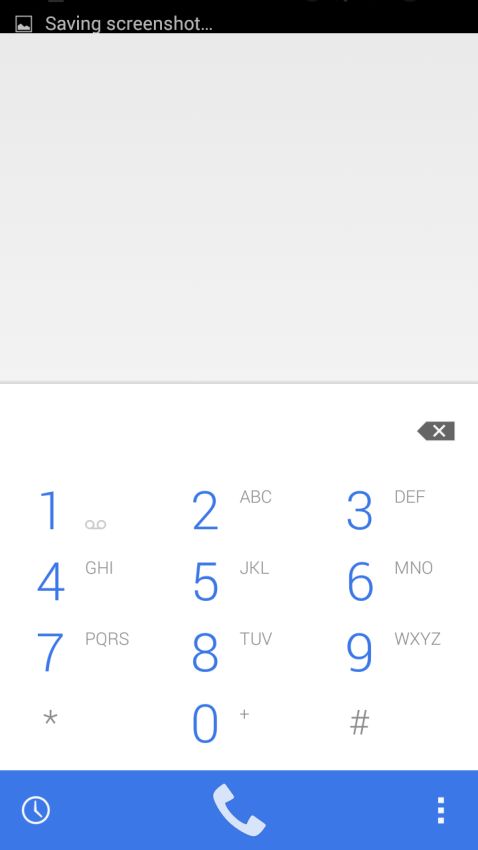 Battery
The 2500 mAh battery lasts for an entire day and next morning. So ideally, you have to charge your phone every night. In our video loop test, it lasted for over 7 hours. Keeping its cost in mind, the battery performance is decent.

Verdict
The YU Yureka is probably the only sub-10k handset to pack in the powerful Snapdragon 615 chip. It offers OnePlus One like Cyanogen experience for less than half the price. The screen is not very sharp, but even its closest competitor the Xiaomi Redmi Note 4 has a similar display. What's interesting is that YU's founder has promised "at your doorstep" customer service. Now whether that's actually feasible is yet to be seen, but I'm hoping that it will be at least better than the non-existing customer support from Xiaomi. All in all, if you are looking for a powerful Android "phablet" under Rs 10,000, go for the Yureka.