HTC Desire 310 Review: This Budget Handset Is Mediocre At Best

Entry-level smartphone from the Taiwanese brand fails to stand out in the crowd. 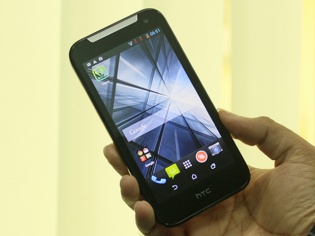 For the last couple of years, HTC has been focusing only on mid to high-end smartphone market. This year though, considering the success of Nokia's Lumia 520 and Moto G, the Taiwanese company is aiming to win some market share with its affordable Desire 310. At around Rs 10,500, the phone’s pricing is indeed aggressive, but has HTC cut too many corners to keep its entry-level smartphone’s price in check?

Design And Build
The Desire 310 is a compact handset that fits perfectly in your palm. Like most budget smartphones, the 310 features a plastic body. Thanks to the metallic earpiece grille, the device’s front gets a recognisable HTC feel to it. Needless to say it also provides this handset some character, which is something most affordable smartphones lack. Unfortunately, same can’t be said about the back panel. The battery cover looks average. It’s something that you get with those Sino-Indian brands such as Micromax and Karbonn. At slightly more than 11 mm, the phone feels quite clunky. The Desire 310 doesn’t creak when pressed. The phone comes in White and Dark Blue (that looks more like Black). To keep the manufacturing cost down, HTC has done away with the capacitive navigation keys. Instead of that, you get the on-screen buttons. On the right side, the handset sports a Volume Rocker and Lock button. Display
The Desire 310’s screen packs in 854x480 pixels, which translates to around 220 ppi. Obviously, the display isn't very sharp. However, the real issue is with the screen’s ability to render colours. The screen looks washed out when compared to the similarly priced handsets such as the XOLO Q700S and Nokia Lumia 630. The contrast is strictly ok, and sunlight legibility is nothing to write home about either. Since it’s not an IPS panel, the viewing angles are disappointing. To sum it all, the display is one of the weakest links of this phone.

Key Specifications
The handset features a quad-core MediaTek MT6582M chipset, which is generally used by local brands. It has 512 MB RAM, and 4 GB internal storage. Off which only 2 GB is user accessible. Thankfully, there's a microSD card slot for storage expansion. Other features include a 5 megapixel camera, VGA front-facing snapper (for video calls), dual-SIM functionality, and 2000 mAh battery.

Software
The handset offers Android 4.2 (Jelly Bean) out-of-the-box with HTC’s customisation on top it. The Sense UI is undoubtedly one of the best looking Android skins in the market. BlinkFeed brings in some wow factor. It presents the latest updates from the world of technology, sports, and even your social networking account in neatly stacked tiles. 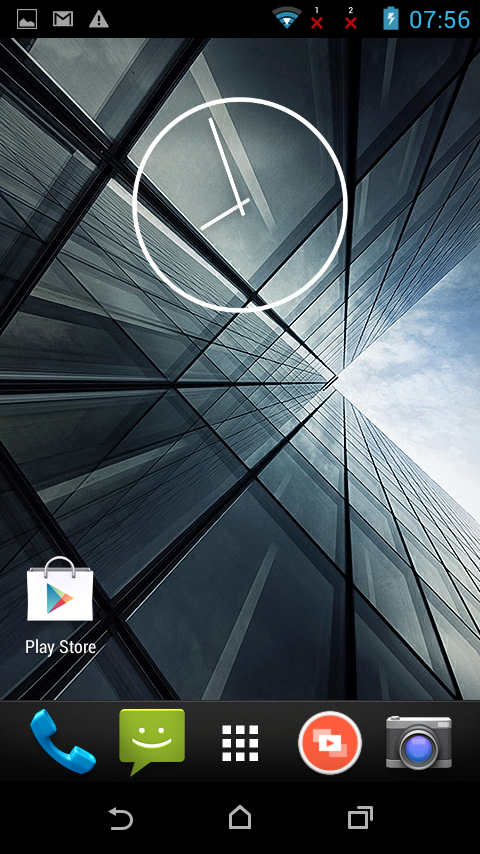 Keeping the available CPU and RAM in mind, the Taiwanese guys have done away with many of the fancy UI elements generally found in HTC’s Sense. For instance, the Desire 310 lacks most transition effects. Even the ‘trademark’ Sense icons have been replaced by the default Android ones. Although it breaks the design, we think that it’s a good call considering the phone doesn’t lag much.

Coming to the subject of gaming, most casual games run fine. However, the loading times are longer compared to the handsets with 1 GB RAM. You can even play graphics intensive games such as Asphalt 8: Airborne and Dead Trigger 2 on low to medium settings.

As usual, we ran a popular synthetic benchmark tests. The results are as follows:
Antutu: 17,260
Quadrant: 6045 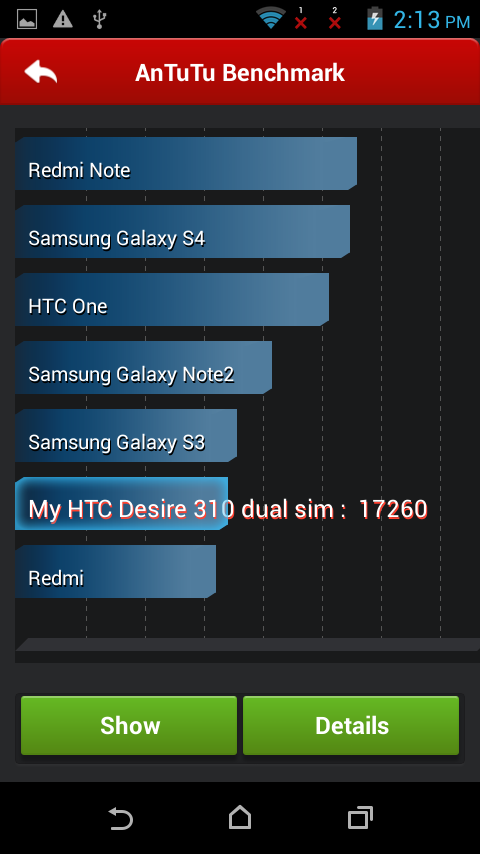 Multimedia
The phone’s sound quality is quite decent when paired with good after-market earphones. We can’t comment on the bundled ones, as those were missing in our review package. In case you didn’t know, HTC phones don’t come with Beats Audio enhancements anymore. The default video player has limited codec support. Even with the help of third-party apps such as MXPlayer and QQPlayer, the Desire 310 stutters during the playback. That’s a downer if you’re too lazy to convert videos for your mobile phone. 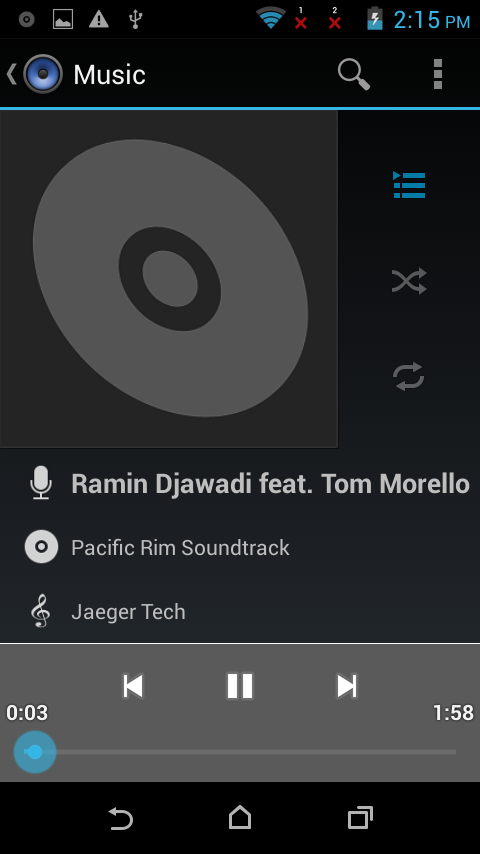 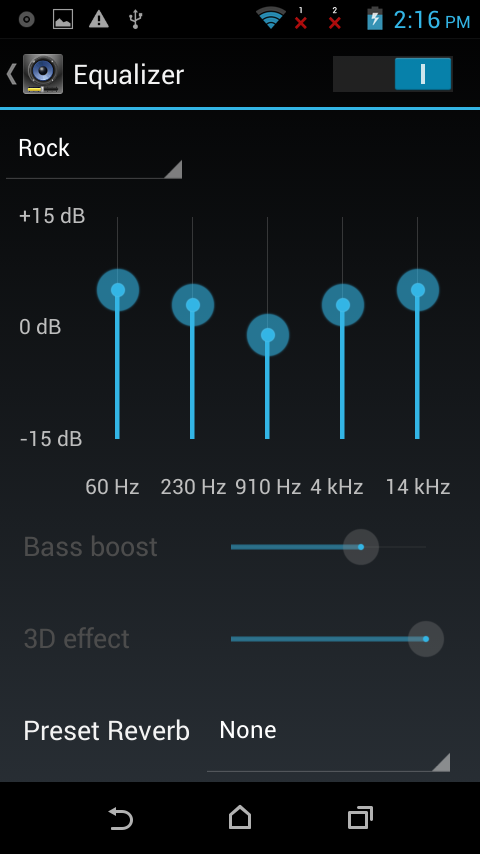 Camera
The handset has a 5 megapixel camera lens with no flash. That’s something one can ignore since flash anyway robs details from the photographs. The deal-breaker here is the fixed-focus camera. Because of this, the images lack the detail and sharpness. To make the matters worse, the photographs contain excessive visual noise. You can record full HD (1080p) videos using this phone, but resulting videos lack detail. All in all, if you have a thing for photography, stay away from this phone.

Telephony And Messaging
Unlike the swipey phonebook you see on the recent HTC handsets, this one comes with the plain vanilla contacts app. In my week’s usage, I didn’t face any issue with the in-call voice clarity. The phone’s network reception was good too.

Battery
The Desire 310 2000 mAh battery powers the device for over a day and half. In our 720 video loop test, it lasted for a little over 7 hours. That's quite good for a dual-SIM Android phone.

Verdict
The Desirer 310 looks better than most Android handsets available in its price range. In spite of packing in only 512 MB of RAM, its performance is decent. However, it disappoints in the display department. Plus, the camera is one of the worst in its category. The competition is steep, not just domestic, but even International brands including Nokia offer much better hardware at a similar price. So if you’re looking for a neat smartphone experience for around Rs 11,500, go for the Lumia 630, which offers better screen, camera, and performance. Those not willing to leave the Android camp, should stretch the budget up to 14k and get the Moto G.