Is it a worthy successor to the 650D? Pros:
New-gen kit lens is great to work with; Touchscreen is very responsive; 360-degree tiltable screen.
Cons:
Lens takes time to focus in video mode; Optimisation issues; Not too much difference over its predecessor; Expensive.

Canon seems to be on a DSLR launching spree, with two mid-range and one semi-pro cameras (the 70D). With reports of the 650D soon going off production, this segment will soon be spearheaded by the three touch-based entrants — the 650D, 100D and the 700D. Armed with better built kit lenses, do the 100D and 700D make for able successors? We've seen what the 100D brings to the table, now we'll see it the 700D matches it, trumps it, or fails to make as much impact. Aesthetics and Build
The 700D looks and feels just like the 650D, its predecessor. The only thing that sets it apart is the build quality of the new-gen kit lens, which is impressive. More on that later. Just like the 650D, this one comes with a dedicated movie switch (placed with the on-off button), mode selector, ISO, rotating dial control, the shutter button on the top right, and the flash button on the other side of the horseshoe. It houses stereo speakers just near the horse shoe. Apart from that, there is a 360-degree 3" tiltable LCD capacitive touchscreen that is very similar to the one on the 100D. At the left, you'll find the 3.5 mm audio/ mic port, Remote Switch RS-60E3 port, mini HDMI Out, microUSB ports, covered by a rubber flap, and the SD card slot on the right. The bottom houses the battery along with the tripod screw. 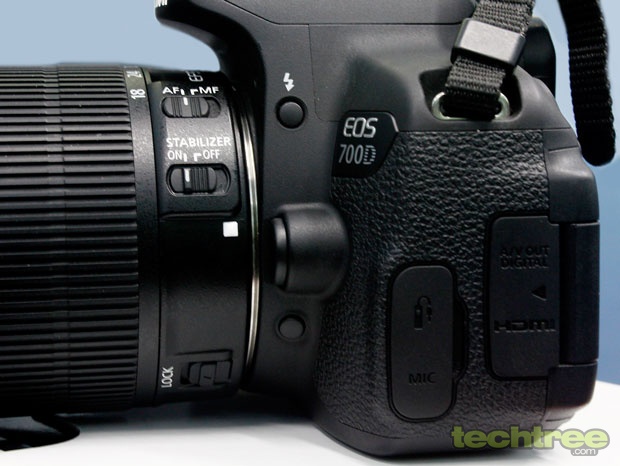 Since we've already tried our hands on the 18-55 mm one with the 100D, we opted for the 18-135 mm lens to try our hands with. For someone who's starting off with photography this is one beautiful lens to have in your kitty. As a standard lens, it gives you a wide coverage area, without the need to switch between lenses. It has a 65 mm wide opening, but doesn’t give you f-stop support below f/3.5 (at 18 mm; and f/5.6 at 135 mm). Like the one with the 100D, this one also sports an external focus ring that is disabled in the AF mode, so the motor will not be damaged by accidental manhandling. Being an STM lens, this one makes no sound when focusing, which helps when shooting videos. At the heart is a CMOS sensor, and the latest DIGIC 5 processor. It comes with a standard Canon EF mount, hence supports EF and EF-S lenses, but not the EF-M (meant for Canon's mirrorless cameras). Detailed list of features can be found at the end of the review. User Interface
Just like the 650D and the 100D, the 700D also comes with a touchscreen. To enable the touch screen, tap on the Q icon on the screen (or the physical Q button on the right), and compatible options are highlighted. Double-tap on an option to select values. This is great for a first-time DSLR user, all of the options; save for scene selection, can be accessed via the touchscreen. You can touch to focus in both the video and capture modes, and you can even click pictures with the touch-to-focus feature, which can be turned off. Apart from these, options for semi-automated modes such as SCN and CA can also be set using the touchscreen. Aimed at starters and those who like to experiment a bit with the camera, there is something for everyone. The body supports certain amount of EF-S lens corrections such as chromatic aberration and peripheral illumination but not barrel distortion. 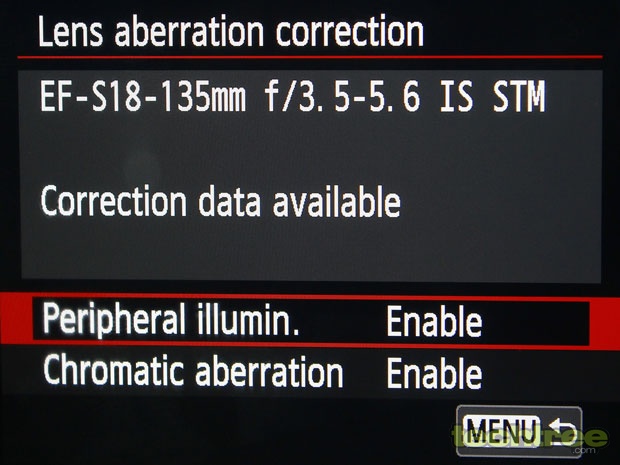 Features
The 18 megapixel camera has little that sets it apart from the 650D. It packs in a CMOS APS-C sensor; and a Canon EF / EF-S lens mount. It brings the creative filters from the 100D, such as Grainy B/W, Soft focus, Fish-eye effect, Art bold effect, Water painting effect, Toy camera effect, and Miniature effect. There is also the picture modes — Auto, Standard, Portrait, Landscape, Neutral, Faithful, and custom, the usual Canon stuff. 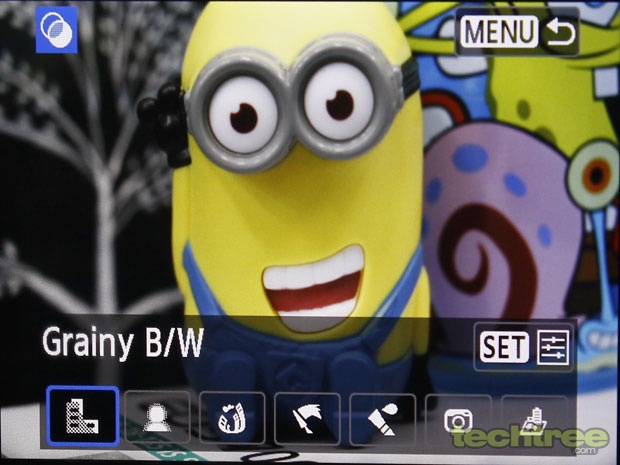 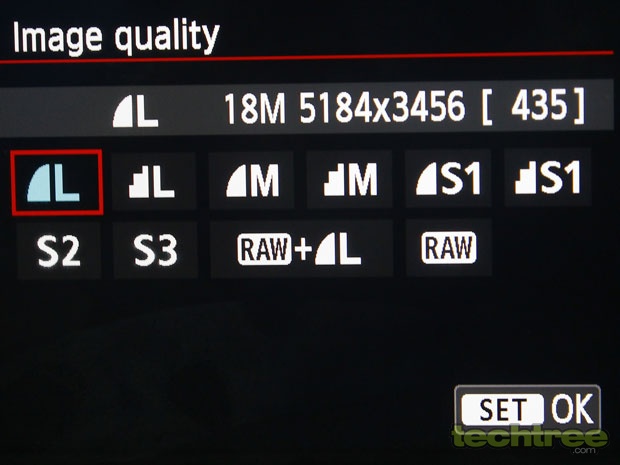 What's interesting here is the SCN and the CA scene selection modes, which is perfect for beginners. The former automates settings for night photography; while the latter helps you capture daylight shots with ease. These are aimed ideally at those you are used to intelligent auto on point and shoots. The A+ mode is the fully automated one, while P (program) takes over A-Dep — it controls aperture value and shutter speeds, as you get to toggle around with other controls. In the video mode, you can use the Face+Tracking, FlexiZone-Multi, and FlexiZone-Single modes for focus. It lets you capture 1080p videos at 30 fps. Captures are saved in the MOV format and are really smooth during playback. 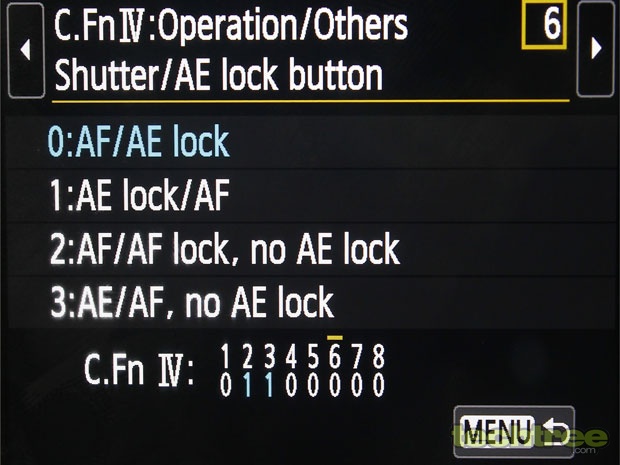 Performance
The new-gen kit lens is a delight to work with. But the latest DIGIC 5 processor is a bit of a let-down. Now, this isn’t the same DIGIC 5 as seen on the Canon pro camera, but a slightly watered down version of it. But that said, this is the same one as seen on the 100D. Most of the times its works fine, but at ISO 3200 tends to have issues when writing data onto the SD card. It supports the "Highlight Tone Priority" option to add more detail to your picture, and it works like it should. The camera can handle low light shots well, and the SCN mode lets to take night shots with ease, without bothering about setting up camera controls. 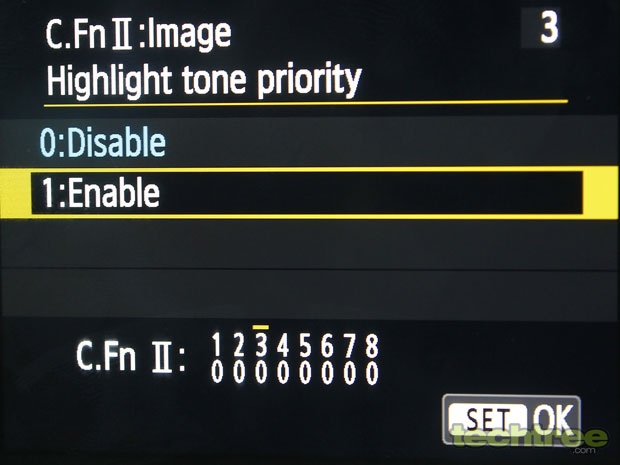 The camera supports several Creative Filters, which is similar to the ones seen in the 100D. This camera also comes with the standard white balance options, and you can alter depending on the ambient light around you. Speaking of ISO levels, the images have decent amount of details even at ISO 3200, but after that there is a noticeable amount of grain, and a sharp drop in details. That said, you can expand ISO values to as high at 25,600.

The touch screen is very responsive, and can be selectively turned on. If you aren't comfortable with touch you can disable it altogether. The camera supports GPS devices, but sadly doesn't come with in-built geo-tagging. It doesn’t support Wi-Fi either; and you'll need a GPS Receiver accessory to get the feature running. One downside with the camera is that it did seem to have some optimisation issues. The issue is more pronounced when shooting at ISO 3200, and in dimly-lit settings. The lens' IS does kick in and the shutter is released depending on the set speeds. However, its takes around 5 odd seconds to come back to life. I tried both a grade 4 and a grade 6 SD card, and the issue comes up sporadically. So either it is an issue with the review unit, or the reliable DIGIC 5 processor has let down a fine new camera.

When shooting videos in the live tracking mode, the camera does tend to lose focus, especially if your subject is making rapid movements. Half-pressing the shutter button will help you lock focus again, but the lens does take a few seconds to do that.

Verdict
The Canon EOS 700D with the brilliant new 18-135 mm lens is a delight to handle, save for the processing issues. Thanks to the built-in mic, auto-tracking features, stereo speakers, tiltable screen, and Full HD video support you can make short feature films as well. The image quality is quite good, and is at par with the 650D, and 600Ds.