The best thing about this phone is its accessory. Micromax, a domestic company founded in 2000 has come a long way. Known as a software-maker, this brand entered the mobile scenario in 2008, and the rest is history. Currently, Micromax is the biggest Indian handset manufacturer. Thanks to its Canvas series of phones, the company has managed to stand up against the mighty Samsung. To extend its smartphone portfolio further, it has recently rolled out the Canvas Music. The company states that the phone is custom-made for music lovers as it ships with a pair of free JBL headphones. Let's find out if it's good enough as a standalone smartphone, and can indeed shake anything.

Design And Build Quality
Micromax was never known for innovative designs and its Canvas Music isn't going to change this perception. Like countless budget Android phones, this handset features a plastic body, rounded corners, and faux-metal on sides. Thankfully, Micromax has gone with a matte finish on the back-panel, which helps with the grip. Since the phone sports a 4.5" screen, it fits perfectly in your palm. It's easily operable with single-hand, and that's a big relief for me after reviewing some oversized phones. The phone features three capacitive navigation keys – Home, Back, and Options below the screen. These keys are backlit, and offer haptic feedback when pressed. The Lock/Power button is placed on the right side, whereas the Volume Rocker sits on the opposite side. The top of the device houses a 3.5 mm jack and a micro-USB port. Display
The Canvas Music features a 4.5" screen with pixel dimensions of 480x854. I don't generally complain about low-pixel count, but in this case you can actually see jagged edges in text and other UI elements. The display looks washed out and contrast is strictly ok. The brightness levels and sunlight legibility are nothing great. Since the ambient light sensor is absent, the phone cannot adjust its brightness on its own. The viewing angles are so bad that if you tilt the phone while playing Temple Run 2 (which you have to, in order to dodge the obstacles), it becomes almost impossible to see what’s happening on the screen. Overall, despite considering its pricing, I was quite disappointed with the screen.

Basic Specs
The phone is powered by MediaTek MT 6577 chipset that features a 1.2 GHz dual-core processor coupled with PowerVR SGX 531 GPU. Other than that, you get a 5 megapixel camera with dual LED flash, front-facing VGA camera, 512 MB of RAM, 4 GB of internal storage (2 GB user accessible), microSD card slot, Wi-Fi, Bluetooth 4.0, 3G, and 1800 mAh battery. Detailed tech specs are given at the end of this review.

UI And Apps
In terms of software, the Micromax Canvas Music features Android 4.1.1 (Jelly Bean) out of the box. Micromax has made a few changes to the stock UI. For starters, the lock screen offers quick shortcuts to access dialer and SMS app.  As opposed to the limit of five homescreens on default Android 4.1, Micromax allows you to create up to nine panels. The notification bar sports handy toggle buttons for Wi-Fi, Bluetooth, GPS, and data connection. The phone comes preinstalled with a few utility apps such as File Manager, M! Buddy, ToDo, and HookUp. Moreover, you also get “trail” versions of TheDarkMan and Fruit Devil. 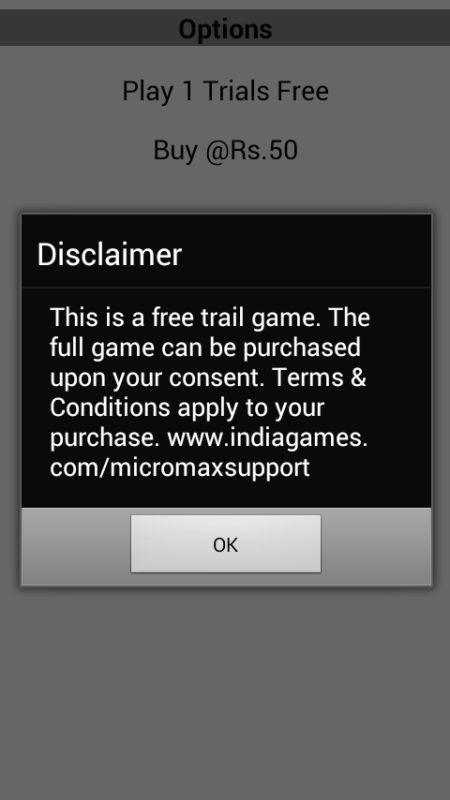 The swiping animations and transition effects aren’t very smooth. Given its price though, I wouldn’t complain about that. The phone can handle casual games such as Temple Run 2 and Angry Birds: Star Wars, but I found the frame-rates to be choppy.  In AnTuTu, the Canvas Music hits the 6445 mark. In comparison, the sub 10k quad-core phones achieve almost double this number. However, compared to other dual-core handsets including Lenovo P700i, the score is quite good.

Multimedia
The music player offers equalizer presets along with Bass and Reverb controls.  To justify its name, the Canvas Music ships with a JBL Tempo over-the-ear headset that retails for Rs 1500. The headset has comfortable cups, but the metal bands are too firm for my liking. The phone’s output is average, but it’s the headset that makes everything sound exceptionally good. Seriously, no phone bundle in this price segment includes such a quality accessory.

Micromax has also thrown in free music downloads using the M! Live app. Although labeled as an app, it’s actually a wap service. The pages are flooded with Google ads, as if the company isn’t making enough money by selling phones. The catalogue comprises of around 3 lakh Bollywood and regional songs. In terms of usability, it’s nowhere near the Nokia Music subscription that comes with the Lumia 520. And, the service is only valid for 90 days. 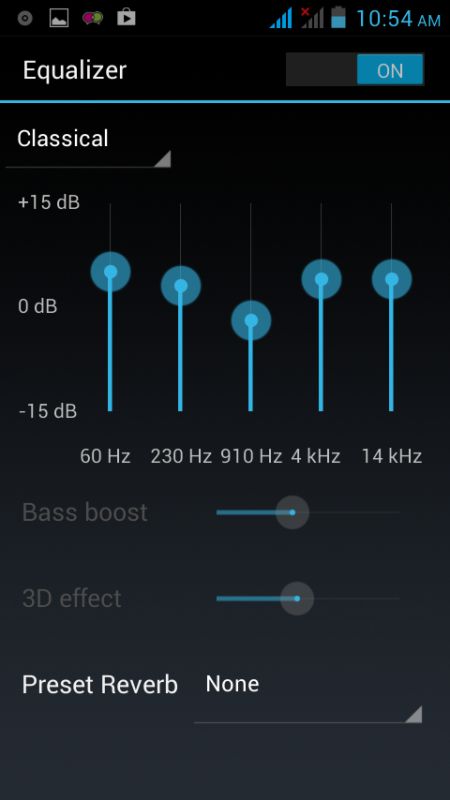 Moving on to video playback, the phone can play 720p MP4 files out of the box. With the help of a third-party app such as MxPlayer, you can also play MKV files on it.

The phone comes with a 5 megapixel auto-focus camera with dual-LED flash. The snapper allows you to control quite a few settings including exposure, ISO, hue, and saturation. Additionally, there are colour effects, HDR, and white balance settings. In terms of imaging, the camera disappoints. The resulting images contain rampant noise. Click here, to check out the untouched sample.

Moving on to video recording capabilities, the handset can record 720p videos. Like most budget Android phones, the clips are saved in 3GP format. Similar to the still imaging, the quality is below par in the video recording department. Again, there’s too much visual noise.

Telephony And Messaging
Like any other dual-SIM (GSM) phone, the Canvas Music features a SIM management menu. After using it for well over a week, I found no issues with the phone's network reception or call quality.

In the messaging department, the on-screen keyboard isn’t very responsive, but gets the job done. A bigger issue lies in the SMS interface. While replying a message, the ‘reply window’ masks the conversations view. Ideally, this window should push the conversation up before popping up. Check out the screenshot below to get a better idea. 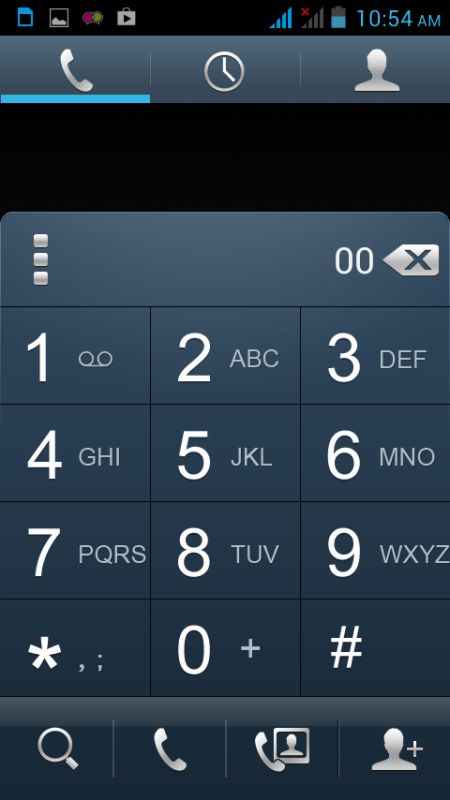 Battery
The 1800 mAh Li-ion battery easily lasts for a day and half on a normal work day. In our video loop test, it managed to power the device for almost 6 hours. It's quite decent for an Android phone.

Verdict
Available at Rs 8500, the Micromax Canvas Music offers good build quality. Bundled JBL Tempo headset is excellent for enjoying music. However, the phone’s performance leaves a lot to be desired in other departments. The screen and camera are disappointing. The UI has a few bugs. There’s no reason to buy this phone except for the JBL accessory that adds great value to the package. For this, the phone gets half a star more, but we can't overlook its negatives. So if you're looking for a good all-round smartphone, stretch your budget by Rs 1000, and go for either the Xolo Q700 (Android) or Nokia Lumia 520 (Windows Phone 8).