One of the best all-round Android smartphones under Rs 10,000. The sub-10k smartphone segment is flooded with Android phones. However, most of these affordable phones come with lacklustre build quality or performance. XOLO's latest handset Q700 looks promising though. It packs in a quad-core processor and 1 GB of RAM. The phone sports a 4.5" IPS screen, and runs the latest Android 4.2.1 (Jelly Bean). Moreover, there's dual-SIM functionality to please those who hate to carry multiple phones. So is it actually as good as it looks on paper? Let's find out.

Design And Build Quality
The Q700 is one of the better looking Android phones in the budget segment. Its front panel is covered by the edge-to-edge glass, which provides a premium touch to the handset. Unlike what you'd expect from a budget phone, the Q700 sports a quality back-cover. The unit we reviewed had a classy looking brown tinge and soft touch matte finish. Since its sides are curved, the phone feels comfortable to hold. 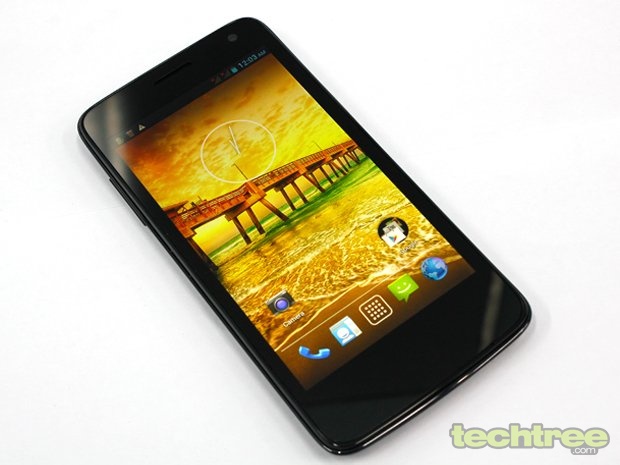 For menu navigation, the phone features three capacitive navigation keys – Home, Back, and Options. These keys are backlit, and offer haptic feedback when pressed. On the left side, the handset sports a volume rocker. On the opposite side, there's Lock/Power button. Finally, the top of the device houses a 3.5 mm jack and a micro-USB port. Since XOLO has gone with a sensible screen size of 4.5", the Q700 is operable with a single hand.

The phone offers impressive fit and finish. Likewise, attention to detail is also great. For instance, instead of simply painting the brand name on the back-panel, the manufacturer has gone with a neatly engraved logo on this handset. Display
The Q700 sports a 4.5" screen with 540x960 pixels. The display is IPS type, which comes as a surprise since the pricier XOLO Q800 ships with a normal TFT LCD panel. The display uses OGS (One Glass Solution) technology that eliminates the space between your display and touchscreen allowing you to almost touch what's on your display. Leaving aside all the technical mumbo-jumbo, this simply means that the Q700's screen is much better than its big brother Q800. The display is sharp and its colour reproduction is good too. The brightness levels and sunlight legibility are more than what you expect at this price tag. The only thing that could have been better here is the contrast.

Basic Specs
This Q series phone is powered by a 1.2 GHz quad-core processor based on the Mediatek MT6589W-M SOC. There's 1 GB of RAM to help with multitasking. Other than that, you get 4 GB of internal storage (2.6 GB user accessible), microSD card slot, Wi-Fi, Bluetooth 3.0, 3G, and 2400 mAh battery. On the software front, it packs in the latest - Android 4.2 (Jelly Bean). Detailed tech specs are given at the end of this review.

UI And Apps
As mentioned earlier, the XOLO Q700 features Android 4.2.1 (Jelly Bean) out of the box. Considering its price tag, the phone is quite responsive. However, the typical Android performance hiccups will often pay you a visit. During my week's usage, I also came across an unusual problem where the capacitive Home button failed to register the touch input a few times. There's a possibility that this problem was limited to our review unit. Still, just to be on the safe side, check the handset for this issue before buying it. Apart from these niggles though; the Mediatek SOC does a great job at handling casual games such as Temple Run 2 and Angry Birds: Star Wars. In AnTuTu, the device hit the 13097 mark, which is actually a better score compared to the XOLO Q800's 12841. In Quadrant though, the latter beats the Q700 by 200 points with a score of 4000. This was expected since Q800's GPU is clocked at 286 Mhz, whereas its younger sibling's graphics chip runs at 238 MHz. However, in real world scenario, the performance difference between these two is negligible. 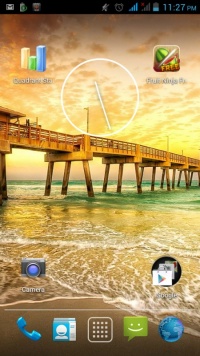 Like most domestic brands, XOLO hasn't made many changes to the stock ROM. The menu screen has four tabs namely Main, Apps, Games, and Widgets. Swiping down on a homescreen triggers notification bar. Similarly, swiping with two fingers brings up the settings panel that contains Wi-Fi, Bluetooth, auto rotation toggles. The icons and even transition effects look exactly like what we've seen on the Nexus devices. XOLO has however, added a few in-house apps:

XOLO Secure
In this app, you can set two friend or family contacts that'll be notified as soon as the SIM card gets replaced. Using the same software, you can back-up your data on cloud server. What's more, there's even an option to track your mobile if it's stolen.

XOLO Switch
Google had introduced multiple user accounts for Jelly Bean tablets. Now XOLO has brought in the similar functionality on its phones. Using Switch, you can create up to four separate profiles personalised with different lock screen and wallpapers. Each of these profiles can be linked with different email IDs. Additionally, there's a Kids Mode where you disable calls, messages, app downloads, and browser. This functionality comes in handy if there are Angry Birds loving kids in your house.

XOLO Care
This provides you three ways to get in touch with the customer care – Call, Text, Email take your pick. Moreover, it lets you check for FOTA (Firmware Over The Air) updates.

Overall, keeping the phone's cost in mind, the performance is very good. Besides, it's great to see a domestic manufacturer offering apps that are actually useful. 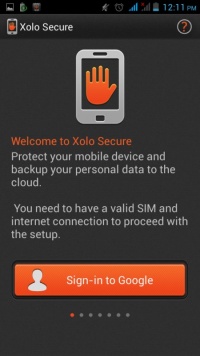 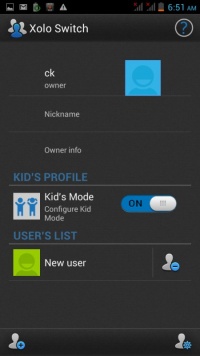 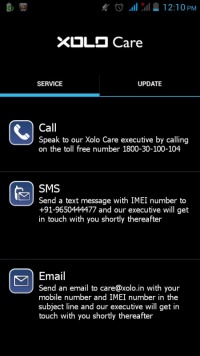 Multimedia
The Q700 comes bundled with shoddily built IEMs. Couple the phone with a good pair of after-market earphones though, and it offers very good audio quality. The music player offers equalizer presets along with Bass and Reverb controls. Moving on to video playback, the default player doesn't support many formats. However, you can overcome this limitation by grabbing a third-party app such as MxPlayer.

The phone comes with a 5 megapixel auto-focus camera with LED flash. The snapper allows you to control quite a few settings including white balance, exposure, and saturation. Camera modes include Normal, face beauty, HDR, panorama, and multi-angle. Although the resulting photographs contain decent amount of detail, the over-aggressive sharpening algorithm spoils the snaps. According to the product page, the Q700 features low-light imaging enhancements. Ironically, it's that area where this phone's camera completely falters. In not so bright conditions, the images turn out to be unusually dark and extremely grainy.

Moving on to video recording capabilities, the handset can record 720p videos. The clips are saved in 3GP format. The videos are also a victim of the phone's excessive sharpening.

Telephony And Messaging
Like any other dual-SIM (GSM) phone, the Q700 features proper SIM management menu. After using it for a week, I found no issues with the handset's network reception or call quality. On the messaging front, the on-screen keyboard is quite responsive. Similar to the recently reviewed Panasonic P51, this phone's keyboard also features a weird looking smiley. It's especially annoying to look at when you're sharing not so happy news and this lad continues to give you a creepy smile. Check out the screenshot below to see what I'm on about. Battery
The 2400 mAh Li-polymer battery easily lasts for more than a day and half on a normal work day. In our video loop test, it managed to power the device for almost 6 hours. It's quite good for a quad-core Android phone.

Verdict
In the sub-10k range, no Android handset can match the build quality of the Q700. The phone also brings an impressive screen to the table. Like any other smartphone though, this one isn't perfect. The camera leaves a lot to be desired. Above all, there are small annoyances such as occasional slowdowns. That being said, it's still one of the best Android phone you can get without crossing the Rs 10,000 mark.