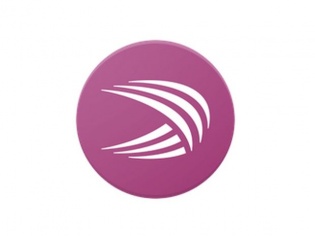 SwiftKey by far, is the best third-party keyboard application available on both Android and iOS. While the iOS one has hit plenty of roadblocks it is SwiftKey’s cloud-based prediction engine that takes the cake and will remember words added across platforms and devices.

But it is time for something new and according to SwiftKey’s latest development, in the form of the SwiftKey Neural App, it is looking at artificial neural networks to power your 'next word predictions' on your smartphones.

The neural model that SwiftKey utilizes, thankfully sits on your smartphone itself, (that is a first all by itself) so it won't take a toll on your battery life. As such networks are usually built for applications that are a bit more advanced like, robotics, speech recognition, etc.

Neural networks clearly are not as smart as the human brain but can be efficient when it comes to problem solving and learning, which is where SwiftKey Neural comes in.

SwiftKey’s new keyboard's neural network prediction engine is able to predict and suggest words in context to what is being typed. So instead of a fixed prediction that it was programmed to push out, SwiftKey Neural will deliver predictions or words that you have used before or something that is literally at the tip of your tongue. According to SwiftKey, such neural networks could make predicting an entire message possible, by suggesting entire messages as options for a quick reply; so indeed, this is just the beginning.

The third-party keyboard is currently available for download on the Google Play Store, so go ahead and give it a shot if you are on Android.

[Related: Samsung Opens Up About Its SwiftKey Vulnerability Issue]