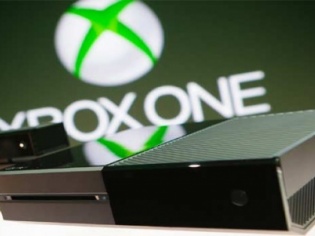 Marking the first anniversary of Xbox One in India, Microsoft has recently announced three new console bundles dubbed as Xbox One Forza Motorsport 6 Limited Edition, Xbox One 1TB EA Sports FIFA 16 and the Xbox One Gears of War - Ultimate Edition.

Expected to be launched on Oct 2, the pre-orders for the consoles have already started on Amazon.in.

Speaking about the first bundle, Xbox One Forza Motorsport 6 Limited Edition, the name itself suggests that the console bundle comes with a racing theme. Interestingly, the bundle also comes with a wireless controller that syncs pretty well with the theme. The controller also gets rubberised diamond grips for better feel. The bundle also equips 1 TB hard drive and comes with a digital copy of Forza Motorsport. Having said this, the price tag of the bundle is Rs 39,990.

[Related: How To Play Xbox One Games On Your Windows 10 PC Or Tablet]

The second bundle, Xbox One 1 TB EA Sports FIFA 16 is an exclusive edition that comes with a full-game download of FIFA 16 along with one year subscription to EA Access. The bundle also features three FIFA ultimate Team Loan Legends and provides great gaming experience. The Microsoft Blog also informs that with this bundle, users can play EA's best Xbox One games worth over Rs 25,000.