How To Play Xbox One Games On Your Windows 10 PC Or Tablet | TechTree.com

You need the latest version of the Xbox App and have to follow a very few simple steps to experience Xbox games on your PC with Windows 10. Windows 10, a new operating system by Microsoft is the unified solution company wanted to venture into to make it easy to stay connected between various devices. In this move, Microsoft has been making announcements that Windows 10 users would be able to play Xbox One games on their PCs and Tablets.

While many may raise their eye-brows, we feel there are a few reasons why you might want to stream a game from your Xbox One to your Windows 10 PC. May be you don't feel like putting down the laptop and getting out of bed, or the TV is already in use by your friends or family or may be you really want to be able to play Xbox One games with a 360 controller. Whatever the reason may be, we have outlined the steps you need to follow if you really want to experience your Xbox One games on your Windows 10 PC.

So all you need is a PC or tablet with Windows 10 with the latest version of the Xbox app and of course an Xbox One. It is worth noting that playing an Xbox One game on your PC doesn't mean that you don't have to buy an Xbox One.

So, to get started with, you would first want to power your Xbox One and make sure you select 'Allow game streaming to other devices' in 'Preference' under 'Settings'.

Now, you will have to set it up on your Windows 10 PC or tablet.

Open the Xbox app on Windows 10 and select Connect. Choose 'Add a device' from the menu on the left side of the app and select your Xbox One console. Attach a wired Xbox 360 or Xbox One controller to your Windows 10 PC or tablet. Then, go to Home. Select Recently Played to select an Xbox One game. Select Play from Console to start streaming to your PC. 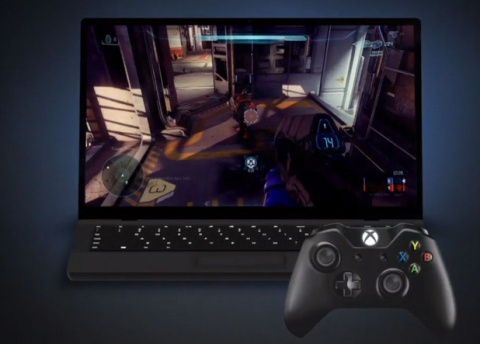 Having this said, it is worth noting that you will be needing the latest version of the Xbox app on your Windows 10 PC or tablet to get game streaming to work.

Meanwhile, on your Xbox One you will be getting a notification about the game being streamed by a specific users. Apparently, you cannot stream a game to your PC and Xbox One at the same time.

During game streaming, the Xbox One console will appear "in use" as though the person streaming was in the room.