You can either download the update directly onto your iOS device or do it via iTunes.

After all the hype, Apple has finally rolled out the latest version of its operating system iOS 9 in India.

The iOS 9 is said to be available now for the users of almost all iPhones, iPads and the iPod 5th Gen as a free software update. In short, we can tell that the latest version of the iOS can be downloaded on any of the Apple iOS devices that can run iOS 8.

To check if your iOS device supports the latest iOS 9, you can read our story with a list of supporting devices here. 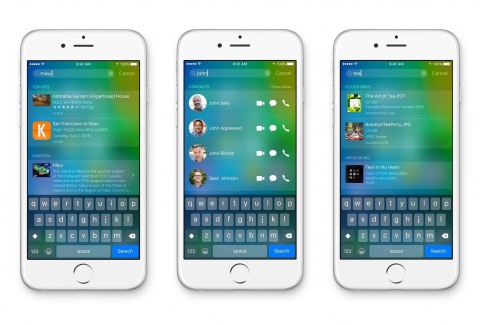 As we are very well aware now that the latest version of the iOS comes bundled with a handful of some spectacular features, one thing that we feel most important to note is that, the software update weighs in at just 863 MB while the previous version iOS 8 required around 5 GB of free space. This is definitely a sigh of relief for most of the iPhone users with a very little free space.

Having said this, the software update can be done in two ways, either by downloading the iOS 9 directly onto your iOS device or do it via iTunes by connecting to a PC.

We also suggest you to read our story about the best features that come bundled with iOS 9.