New features may loose their charm with the missing hardware on older models. 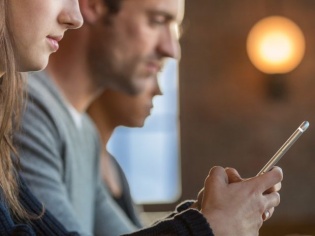 Amongst all the hullabaloo of the iPhone 6s and iPad Pro launch event, was also the announcement of iOS 9. As per the announcement, Apple will be releasing the latest version of its mobile operating system, designed to work old and new devices, on the 16th of September.

iOS 9 was announced after Apple’s love hate relationship with iOS 8 (it is bug ridden even today). The new iOS brings in new features like multi-tasking (for iPads), Proactive searches and Siri along with improvements on the existing ones.

Its main purpose was to be more reliable than iOS 8 with a focus on speed and the size of the package that is expected to be nothing more than 1.8 GB.

Somehow we do feel that all of these new features may simply not be enough to stand up against Apple’s 3D Touch and more, announced on the newer iPhone 6s models. Seems like there may be a long queues outside Apple retailers in India at launch this time around as well.

[Also Read: Apple iOS 9: Features To Watch Out For]

As for which Apple devices will support the new iOS 9? Below, is a list of the old and the ones that were launched last year.

This is indeed going to be a massive line up in terms of Apple support for devices. We have quite a spread and this means that a lot of bugs are expected. Let’s hope that all the testing and feedback of the 3 Public Beta versions of iOS 9 have been put to good use.

The update is expected to go live at 10:30 PM IST on the 16th of September in India.