Home » Mobiles » Google Camera V3.0 Will Let You Know When Your Smartphone's Lens Is Di...

Google Camera V3.0 Will Let You Know When Your Smartphone's Lens Is Dirty

A teardown reveals plenty of new features that may arrive after Android 6.0. 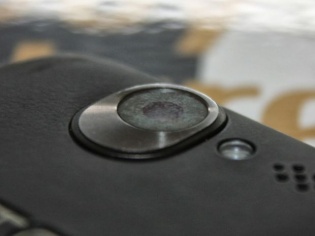 The current Google Camera that is available for download on the Google Play Store is great, but it is clearly not the best. In fact, it barely works for the thousands of Android smartphones out there. But Google is working on it.

Android Police has been snooping over the newest unreleased APK of Google Camera V3.0 and they have quite a story to tell.

The teardown of the APK reveals that features like Smart Burst and Creations are in the pipeline. Slow Motion is in the works as well. Although we aren’t sure as to which devices will support them. Automatic HDR+ is another, where the camera, similar to the iOS Camera app decides whether an HDR capture works better with the current scene.

Then there is apparently, a Dirty Lens Detection feature as well. There are plenty of instances where users simply pull out a smartphone out of the pocket and snap away only to realise that there was plenty of dust, dirt and grime stuck to the lens. Dirty Lens Detection will apparently prompt the user with messages like “Is your lens clean?” or “Lens may be dirty” to warn users of a dirty lens.

Lastly, there are the interface changes like a swipe to switch to video recording and a swipe back to switch to still images. Also noticed from the teardown is a hamburger menu that may host features like Photo spheres or Panorama in a separate interface.

Clearly, all of the above features may show up after Google releases its final version of Android Marshmallow v6.0.