Even though the smartphone is expected to sport the rare Exynos 3475, its still a bit too pricey. 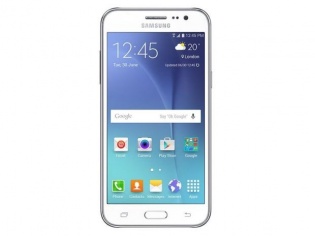 Samsung has announced its all-new smartphone called the Galaxy J2 for the Indian market.

The J2 is a budget 4G offering from the Korean smartphone maker that will take its place below the recently announced Galaxy J5 and the J7 in India.

At the launch event in Kolkata, Samsung seemed to have had just one goal in mind. Fuel the 4G revolution that is taking place in India. With the J2, Samsung offers a handset that also arrives with a data-savings mode, one that has been developed in India. As for the specifications of the J2, they have not been let out just yet, but from what we could scavenge from past rumours:

Even with Samsung’s custom-made Exynos 3475 SoC, the smartphone’s price seems unreasonable at Rs 8490. This considering that there are plenty of options with a Qualcomm Snapdragon 410 chipset and 2 GB of RAM (Redmi 2 Prime at Rs 6999) available at a much lower price tag. This is not considering the recently announced entry-level offerings from YU and Lenovo that also deliver similar hardware at a lower price tag.