Alcatel One Touch has launched what is indeed the company’s first tablet offering for the Indian market. The tablet is a budget device and comes with budget internals, but it is the price tag of the POP 8S that worries us the most, considering what you get inside.

The POP 8S is indeed a decent looking tablet at a decent price. The only problem is what’s inside, and this itself may be a deal breaker for many.

Indeed, a lot of tablet buyers buy their devices as a replacement for a laptop, as media consumption device. Nobody really works on it, unless you are really out of options. More importantly, there is no physical keyboard to type on.

So with that said, the Alcatel One Touch POP 8S is a great alternative, but it has a few short comings like just 1 GB of RAM and Android KitKat 4.4 as its operating system. This may see buyers drifting towards other offerings like the Xiaomi Mi Pad with a 1536 x 2048 pixels display and hardware that is leagues better than the Alcatel’s Snapdragon 410, if they want to play a game or watch a high-resolution movie. 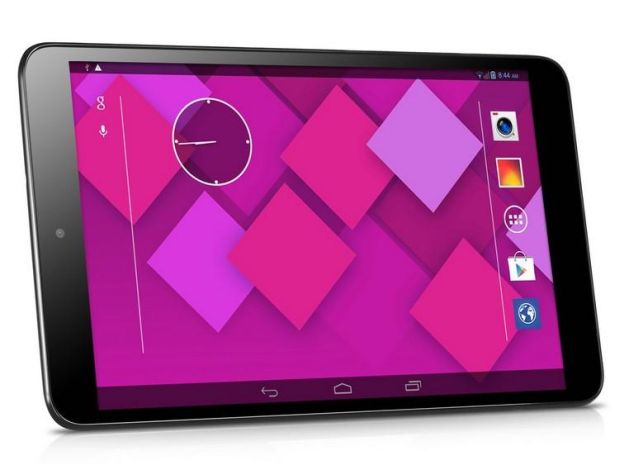 As for the rest of the specs of this budget tablet:

Coming to the price, the Alcatel One Touch POP 8S is priced at Rs 10,499. Other options in this range include the recently announced Samsung Galaxy Tab 3V at Rs 10,600. While the tablet market has been dropping year after year, buyers are clearly looking at buying a cheaper tablet, but value for money is always on the buyer’s mind.

Keeping that in mind, Xiaomi’s Mi Pad seems like a better buy at Rs 13,000. It comes with 2 GB RAM, 16 GB of internal storage (non-expandable), a better display and a processor that is a lot more powerful along with a 6700 mAh battery.