Hint comes from a video made by Google employees. 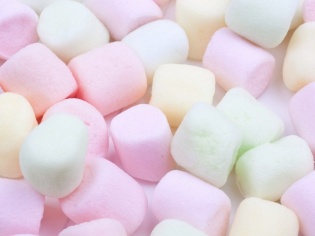 Google showcased Android M back in May. We have an idea of new features and enhancements it brings to the table. However, what we don't know is its version number and name. Our guess is that the build version might be labelled Android 5.2.

Recently, Google employees Nat and Lo posted a video that teases possible names for the upcoming version of Android. It hints at dozens of names including Moon Pie, Milkshake, Muffin, and marshmallow. An eagle-eyed reader of Phonearena.com has managed to spot a hint though. After the videos ends, there's a few seconds of additional footage showing the mascot being painted in white. And that thing looks a lot like Marshamallow. Check out the screenshot below for more details: If you don't mind watching a video that tried too hard to be cute, here's the video for you to have your own conclusions.

We have to admit though that even we prefer Marshmallow and Muffin over dozens of possible names.Why stop at Android M? We are confident that Android M will be followed by Android N and O and P. These versions might be called Nougat, Oreo, and Peppermint.

On a related note, do check out our article that sheds light on various Android M features.