Samsung Hoping To Get An Edge Over Apple With Its Galaxy S6 Edge+ | TechTree.com

The phone features a 5.7" screen with curved on both sides. 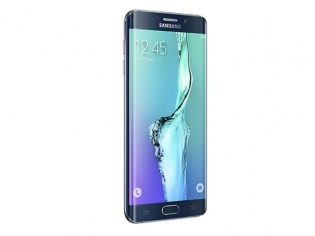 Like Samsung's other high-end phones, the Galaxy S6 edge+ is made of premium metal and glass. It's good to see Samsung moving away from flimsy plastic construction for expensive phones. At the same time though, a few people are going to miss the removable back panel.

The phone sports a 5.7-inch Quad HD screen with curves on both sides. No doubt, it is going to sharp. However, what's more impressive is the colour vibrancy attained by the AMOLED screen. Much like the Note5, the Galaxy S6 edge+ is powered by an octa-core Exynos 7420 chipset. The phone packs-in 4 GB RAM and 32 GB / 64 GB internal storage. There's no microSD card slot though.

To please the shutterbugs, Samsung has thrown-in a 16 megapixel camera with OIS (Optical Image Stabilisation). For video calls and selfies, you get a 5 megapixel camera.

Connectivity essentials such as Wi-Fi, Bluetooth 4.2, A-GPS, and NFC are covered. Battery capacity is 3000 mAh. Then, there are a bunch of sensors to monitor heart-rate and fingerprint authentication.

The phones comes with a 3000 mAh battery. On the software front, you get Android 5.1.1 (Lollipop) with TouchWiz UI on top of it.

The Samsung Galaxy S6 edge+ will be available in the US on 21st of this month. Consumers will get to choose from White Pearl, Black Sapphire, Gold Platinum, and Silver Titanium hues. The off contract pricing for the base model is $815 in the US.