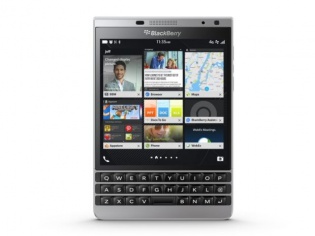 Love it or hate it, you just cannot ignore this intriguing handset from Blackberry. Dubbed as Passport, this QWERTY phone has triggered polarised opinions from critics as well as consumers.

What works in favour of the Passport is its robust build, thoughtfully designed keypad, and long battery life. However, we did not like is its unwieldy size, scarcity of apps, and a steep price tag.

BlackBerry claims that its stainless steel frame has been reinforced to provide extra strength and durability. You know where it is targeted at.

The company claims that the keyboard has been enhanced. Diamond weave pattern has been introduced for better grip. Finally, there are bevelled edges around the cameras to protect them from wear and tear.

rest of the specs remain the same. You get a square 4.5-inch screen with 1440x1440 pixels. The phone is powered by a Snapdragon 801 chipset and has 3 GB of RAM. Packed with 32 GB internal storage. it also supports up to 128 GB of additional memory. The battery capacity is 3450 mAh. Connectivity options include 3G, Wi-Fi, Bluetooth 4.0, and NFC.

The BlackBerry Passport Silver Edition is available starting today in the US and Canada for $549 (roughly Rs 35,000). There's no word on the Indian launch yet.