Lower than expected quarterly net profits will force the company to launch newer smartphones earlier to counteract the dip. 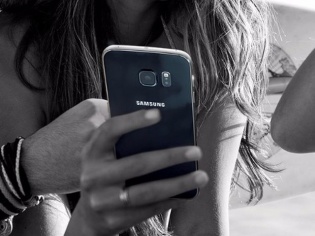 Seems like Samsung Electronics President, Shin Jong-kyun will have to eat his own words, now that the quarterly earnings are out and things do not look good. Samsung will not only lower the prices of its current flagships, but also launch its upcoming smartphones earlier than the usual time frames.

The Shin Jong-kyun had earlier made things official claiming that the sales are looking great when analysts pinpointed that its freshest smartphone in years is not selling as it should.

Today, the numbers are out and Samsung is clearly in a mess as the company’s net profits dropped by 8 percent, which was already down by 7 percent last year.

Samsung has commented that bringing back its sales momentum will be tough and that it plans to do so by adjusting the price of its recently launched Galaxy S6 and S6 edge smartphones. More importantly, it will need to more than that to keep up. So Samsung this year will also launch and deliver new smartphones earlier than expected.

These models are expected to be the much rumoured and leaked Galaxy Note 5 and Galaxy S6 edge Plus, which will compete with Apple’s iPhone 6 Plus. Samsung’s Galaxy Note series was earlier expected to launch at the IFA Berlin expo like it did with the Note 4 last year.

Both of these new models are expected to be announced on the 13th of August at Samsung’s GALAXY Unpacked event.

Clearly, Samsung needs to make fresher and newer products. It did that with the Galaxy S6, but the smartphone still failed to appeal to consumers. In fact, pricing is a problem as the handsets look premium but certainly do not compete with more polished offerings from Apple it biggest competitor worldwide.

Apple aside, bigger competition seems to be coming from brands like OnePlus with its low-priced OnePlus One and the upcoming and much-awaited OnePlus 2 that is going to launch on the 11th of August in India.

Motorola with its recent announcement also seems to have jumped onto the budget flagship bandwagon, after announcing some unbelievable prices for its new flagship the Moto X Style.