Will include the new all-new Apple Music app. 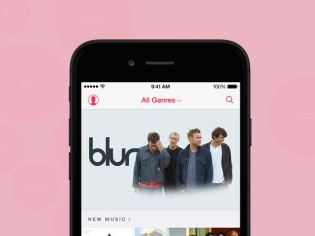 While Apple is certainly excited about the launch of its Apple Music service, many will be happy to just receive the iOS 8.4 update as well. One that will hopefully resolve Apple’s long standing Wi-Fi related issues along with the many other bugs that Apple has been trying to fix since it introduced iOS 8.

The update will go live at 8 AM PT (Pacific Time) on the 30th of June which should be 8:30 PM IST on the same day for Indian users.

For Apple, the sole purpose of releasing iOS 8.4 (even though it has shown off iOS 9) is indeed, Apple Music; the company’s new music streaming service. More importantly, it is the launch of Beats 1, Apple’s live-streaming radio station, which will also launch an hour later.

While Cupertino giant’s India Apple Music page still shows a 'coming soon' message, we won’t be surprised if things take off globally at launch without any hiccups.

Premium music streaming will be available for interested users for free for the next three months;  post which the cost is 9.99 USD (approx. 650 INR) a month for individual users.