The official forum clearly says that the smartphone will be certainly priced higher than $322 (Rs 20,000). 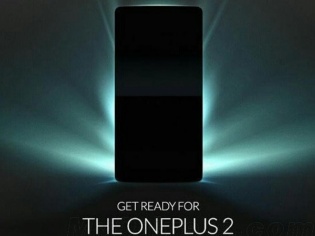 After rumours spreading about the price of the yet-to-be-announced OnePlus 2, it seems that the Chinese flagship maker OnePlus has announced a clarification in the forum.

Also, Co-founder Carl Pei asked a question in Twitter as to how much should the OnePlus 2 be priced at and also replied a user who recommended the $400 price tag as reasonable.

Co-founder Carl Pei asked a question as to how much should the OnePlus 2 be priced at and also replied a user who recommended the $400 price tag as reasonable. - See more at: http://www.techtree.com/content/news/9177/oneplus-2-pricing-info-leaked-might-launched-july.html#sthash.6NYCXFua.dpuf

However, the forthcoming OnePlus 2 which will be powered by a Snapdragon 810 chipset has been hinted via the forum that the price of the OnePlus 2 will certainly be higher than $322 (Rs 20,000).

The company has clarified in its recent post in the forum that the 810 chipset to be more powerful that the 801 chipset and also more expensive.

It has also been claimed that the cost is almost 60% higher and thus the price of the forthcoming OnePlus 2 is said to b higher than $322.

Summing up from what we have heard so far, the OnePlus 2 could flaunt a 5.5-inch full HD (1920×1080 pixels) display, 3GB of RAM, Adreno 430 GPU, 16-megapixel rear camera, 5-megapixel selfie camera, and on the software front, Android 5.1 Lollipop (wrapped under Oxygen OS in India/Hydrogen OS in China) out-of-the-box.

Also, while there is still no word on the launch of the device, we expect it to be out by as early as next month.