Apple May Get Rid Of Plastic Inserts On Its Future iPhones

Patents point to the use of a special material with a metallic look that allows for transmission of radio signals. 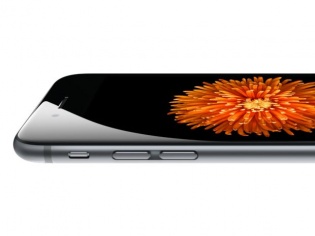 Apple truly is on the forefront when it comes to industrial design for the both smartphones and other gadgets including desktops and more. Still then, with the launch of the iPhone 6 we could not help but notice those plastic bands on the back of the models that somehow made the back of the device look a lot uglier compared to devices of the past.

Apple has its reasons for the same. These gaps that have begun showing up on other smartphones that have followed the metal and glass design philosophy (apart from Sony) are basically for the radio chips inside; allowing the transmission of radio waves for mobile networks.

So Apple in its never ending quest for thinner iPhones (God alone knows why) has already filed a patent for the same allowing the company to get rid of those plastic inserts.

The plastic bands visible on the iPhone 6 Plus, 6, 5s while the 5c comes with a plastic back.

The patent discovered by Business Insider involves the use of a composite material. One that appears to look and feel like metal, but allows for the transmission of radio waves to the chips inside.

“enclosure a metallic look without interfering with the functioning of some electronic components of the electronic device, such as RF antennas, touch pads and touch screens.”

Reading deeper into the patent filing, the composite does consist of metal. So if you where thinking that Apple may shift to faux metal finished plastic similar to LG G3, it's not.

Smart? Yes indeed. What is even smarter was that this patent was filed way back in February of 2014; so we could expect it to show up on the iPhone 7 if not the upcoming iPhone 6s models in September.