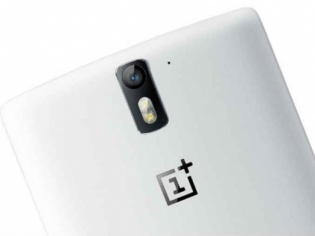 Popular Chinese smartphone maker OnePlus is pretty much known for its unique price cuts in the past.

We all know that OnePlus had recently celebrated its anniversary with a Re 1 discount on its flagship One's actual price.

Now, the company seems to have employed a similar strategy to tackle its competitor Xiaomi Mi 4 64 GB's new cut down price.

The uniqueness about this price slash down is that it is Re 1 less than the Xiaomi Mi 4 64 GB.

Get Rs 2000 OFF on every purchase of #OnePlusOne 64 GB starting tonight from @amazonIN Offer valid only for June 18th pic.twitter.com/WLSonWKGu8

While Xiaomi has slashed the price of its Mi 4 64 GB premanently, the OnePlus One's price cut seems not to be a permanent move.

However, it is worth noting that the OnePlus One flagship maker has recently announced a permanent $50 price cut in the international market, especially in UK and EU.

To recap, the OnePlus One flaunts a 5.5-inch full HD display, and is powered by a 2.5GHz Snapdragon 801 quad-core processor paired with Adreno 330 GPU and 3 GB of RAM. It offers 16 GB and 64 GB internal storage, but no microSD card to expand it.

However, we do not know whether which company among OnePlus and Xiaomi is benefiting the most with these price cuts, but, we are pretty sure that the customers are the ones who are actually taking advantage of these moves.