Panasonic Lumix DMC CM1 Hits Pre-Order In The US | TechTree.com

Panasonic Lumix DMC CM1 Hits Pre-Order In The US 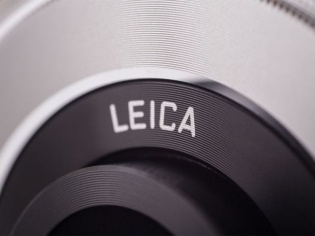 Seems like Panasonic is finally confident about its Lumix DMC CM1 camera smartphone offering. This is because Panasonic has finally moved out of its initial wave, consisting of Germany and France and is now available for pre-order in the US.

The CM1 camera smartphone, which is more camera than smartphone, was unveiled last September at CES 2014. Since then there has been a fair amount of interest in the product, and it also seems that Panasonic has upped production, because the price of the smartphone has reduced as well.

The DMC-CM1 comes with a 20 MP, 1 inch type sensor that one usually finds on point and shoots and even bridge cameras these days. Indeed, that makes it the world’s first smartphone to sport such a large sensor. Also included is that sharp yet flexible F2.8 Leica lens that offers an equivalent focal length of 28 mm. As for the rest of the hardware bits:

Surprisingly, the handset weighs just 204 g keeping in mind the 1 inch sensor (with Leica optics) and is 21.1 mm thick. Looks like Panasonic Lumix DMC CM1, is ready to go global soon. Although we can expect it to be available in limited numbers.

As for the pricing bit, it has dropped from the original asking price of 899 EUR (approx. 71,000 INR) down to 1000 (approx. 64,299 INR) for the US market. A little lower and all of that RAW imaging power and extensive ISO range will become accessible to many more interested mobile photography enthusiasts.

Let’s hope the smartphone makes it to India as well. It would turn out to be the company’s first flagship since it set foot in the Indian market.