This is going to be one big mess. 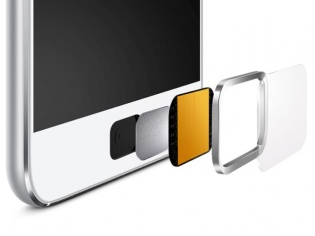 While HTC’s attempt with fingerprint scanner has been a hit and miss affair, Samsung seems to be the successful one and (almost) mastered the technology in its own way. The Korean giant did all of this by itself, even without an ecosystem (Android) that does not support the technology.

Well, now its time for Samsung to stand tall and proud, because Google will actually be adding fingerprint scanning tech to Android M, Google's next big Android release. The news comes from Arstechnica and Buzzfeed that noticed the same in the AOSP.

What this means is that the necessary framework will be available for third-party developers to tweak and utilize. Third-party developers with Android M will be able to develop apps that utilize fingerprint scanners on Android devices instead of a pass code or a pattern lock to unlock apps or devices and even make payments.

Biometric security is a great idea, (and we can see that smug smile on Samsung’s face). It is just that in the case of Android its not quite the best one.

Apple could master the same, because it uses standard fingerprint scanner and also has control over the rest of the hardware apart from the software.

As with fragmented Android things are not all that rosy. Samsung for example has its own SDK for fingerprint scanning support.

If a developer has to build an app, he will have to utilize that SDK to take advantage of the fingerprint scanner. But again, this is just for the Samsung Galaxy S6 smartphone.

Simply put, the technology makes no sense unless Google standardises the fingerprint sensor module on all Android smartphones, making it easier to pull off the same and easier for developers to build third-party apps that support them.