Strangely, shows off the powerful Snapdragon 810 capped at 1.5 GHz. 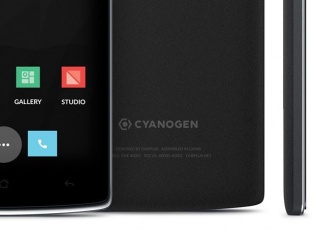 While we are all expecting OnePlus to unveil its Snapdragon 810-powered OnePlus 2 smartphone in the third quarter of this year, testers seemed to have leaked out the details of this mysterious OnePlus handset.

The details leaked out, thanks to Geekbench, a benchmarking tool for all sorts of devices. The smartphone, tagged as the OnePlus 2 for now, seems to be marked as the older OnePlus One only, but it is the processor details that lead us to believe that it is its successor.

The details however show nothing different from what we already know, and have come to expect from this year’s flagships.

We get a Qualcomm Snapdragon 810 chipset which is surprisingly capped at 1.55 GHz instead of the standard 2.0 GHz. Next up, the RAM remains the same as on the current OnePlus One at 3 GB. One Plus may in all probability go in for a faster RAM module, but 4 GB would have been future proof and better for sales as well.

The prototype device runs Android Lollipop 5.1 but even with the cap seems to have delivered the standard scores.

Let’s just hope that OnePlus does not run into heating issues with the 2 after the touch screen problems that a small percentage of One users are currently facing.