The company clearly seems to be confused about its pricing. 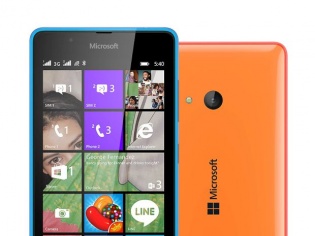 Microsoft’s recently announced Lumia 540 smartphone is now available on pre-order for the Indian market. The budget device that sports an 8 MP AF Camera and a quad-core chipset, is also the second one to be officially pushed out by Microsoft as Windows 10 compatible.

So after the Lumia 640 Dual SIM, we have the Lumia 540 at a slightly lower price tag that will also be first in line for the Windows 10 update.

As for the design of the smartphone, there is nothing special out here (this is a budget device after all). We get the same plasticy construction similar to that on the Lumia 430/435 and the 640. The hardware bits have once again been carefully hand-picked by big M; but seems to be a mix and match with just an 8 MP camera and 2200 mAh battery as the highlight. The pricing is indeed where most will be a bit confused. The handset is currently available for pre-order in stores for Rs 10,199 while this may sound fine, the recently announced Lumia 640 Dual SIM comes with a better Zeiss lens, a bigger battery (2500 mAh) and a Snapdragon 400 inside along with a Rs 9,999 price tag.

For smaller hands we would suggest the Lumia 730 Dual SIM instead, which retails for a slightly higher Rs 14,330 and comes with better specs like an OLED display, a f/1.9 camera and NFC.