LG’s Watch Urbane To Go On Sale In India This Month | TechTree.com

Better get clicking because those stocks are going to disappear. LG has finally announced the availability of its Watch Urbane, which is powered by Google’s Android Wear. The Watch Urbane was announced back in February this year and now it seems that LG is ready for show time.

The Korean electronics giant made the news official via a press release stating that the smartwatch will be available for the Indian market (and worldwide) as soon as this month.

The release also states that the premium looking smartwatch will be exclusive to the Google Play Store for now.

Sadly though, like always there was no mention of the price tag.

Considering that LG is selling the smartwatch as a premium wearable, one can expect the prices to be high. But then again this not made out of precious metals but just comes coated with them.

The two options include rose gold and silver, both of which have stainless steel as the base metal. The display also looks bigger now that the bezels have been trimmed down. 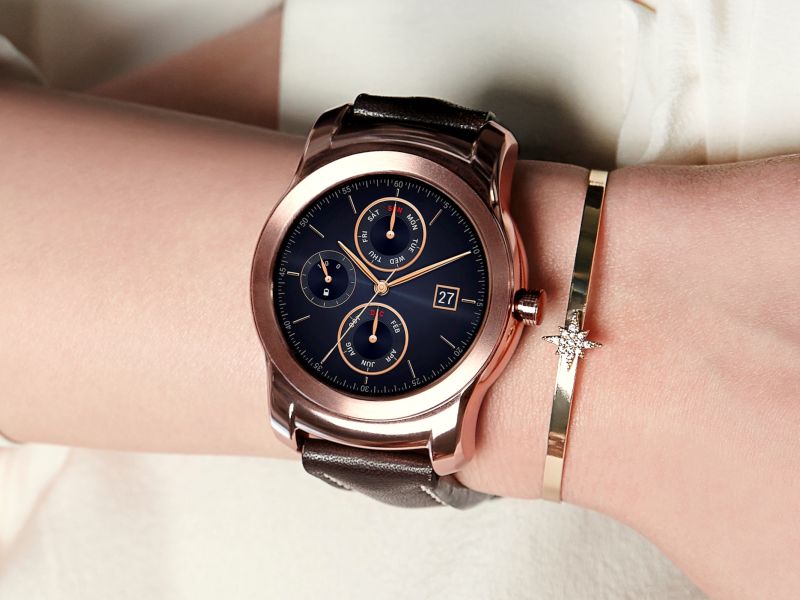 When it comes to the hardware specifications, nothing has changed since the G Watch R. In terms of software, we have the latest version of the Android Wear software:

LG will announce the smartwatch’s pricing only once it becomes available.