Home » Mobiles » Windows 10 To Host Apps, Music And Movies In One Store

Windows 10 To Host Apps, Music And Movies In One Store | TechTree.com

Windows 10 To Host Apps, Music And Movies In One Store

Will offer convenience for users to purchase all of them in one place. 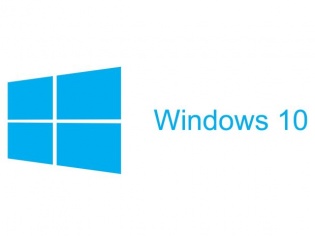 Microsoft has announced through its official blog about its move to bring all of its content into one place. This it plans to offer with its Store integration that will deliver a similar experience across devices allowing Windows 10 users to download all of their content from one place.

We will be getting a glimpse of all this in the upcoming build of the Windows 10 Technical Preview. So in addition to the current games and apps, Microsoft’s future Store will also host movies, TV shows and music.

While movies and TV shows were already added to last month’s beta, users will now also have access to browse and search for videos, rent or purchase movies & TV shows in the Store Beta and play them in the Video Preview app.

Xbox Video content will also begin appearing in the Video Preview app. So this move is indeed a big and bold one as it not only links the devices connected to the Windows ecosystem, but also the Xbox gaming console.

In the coming weeks, a music page will also be added to the Store.

As of now only testers in North America: US, Canada, Mexico, Austria, Belgium (only movies – no TV content), Denmark, Finland, France, Germany, Ireland, Italy, Netherlands, Norway, Spain, Sweden, Switzerland, United Kingdom, Australia, Japan, and New Zealand will be able to access the above mentioned content via the Store Beta.