Samsung Is Now Bending Its Own Galaxy S6 Smartphones | TechTree.com

Samsung Is Now Bending Its Own Galaxy S6 Smartphones

To bend or not to bend? 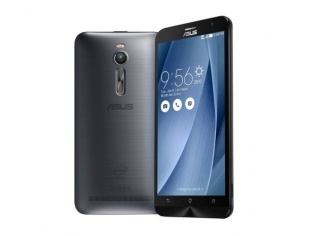 Samsung has published its reply in the form of its own bend test video from its official handle.

Similar to what Apple had shown off sometime ago, Samsung’s bend test is done in a proper lab (which we guess is owned by Samsung) unlike the makeshift one that SquareTrade set up to destroy flagship smartphones for its bend test.

Let’s not get into the numbers here.

Clearly, SquareTrade provides phone insurance so it means that they want you to believe that your smartphone is a feeble little gadget that will not withstand any form of pressure.

Their video (shown below) however is a bit brutal and while it clearly does not show the amount of pressure (indicator) in the process of doing the damage, the pressure is indeed tremendous.

Samsung’s video (shown below) however looks like a proper lab test. But Samsung goes on to show that the normal pressure that smartphones have been designed to withstand is a lot less, as most smartphones will not undergo the torture as seen from SquareTrade's video.

Samsung compares the stress levels of its smartphones to that of five pencils (made of wood with a shaft of soft lead in between) strapped together.

The bend test shows that the pencils together are pretty tough to break by hand, but the machine manages to shatter them at a point that is just below the breaking point of the Galaxy S6 edge.

While many might argue that phones these days are not as tough as they used to be, well no company apart from LG states that its phones (G Flex) are indeed flexible.

Phones made out of plastic will flex a bit more. But most consumers want a flagship smartphone made of metal and not plastic.

So we indeed have a long way to go till manufacturers get to point where we can fling our smartphones carelessly and not expect them to get damaged. Or even place them in your back pocket and not expect the battery to explode (typical day-to-day usage according to some people).

Indeed companies like Samsung and Sony have other models built to withstand tougher conditions like the Galaxy Active series.

So if you are looking for a tough smartphone we suggest you just pick the right one that suits your usage better instead of looking up bend tests.