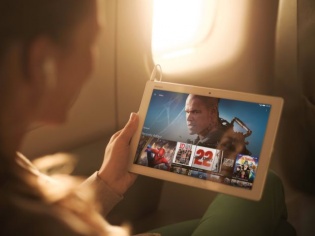 Along with its mid-range handset Xperia M4 Aqua, Sony unveiled the Xperia Z4 Tablet. This premium slate with a 10.1-inch screen is set to compete with the iPad.

The Z4 tablet sports an IPS display that boasts of 2560x1600 pixels. That takes the pixel density of to 300 ppi, which is impressive for a tablet. In comparison, the latest iPad Air 2 stands at around 260 ppi.

The processing is handled by the latest Snapdragon 810 SoC (System on Chip). The octa-core processor can max out at 2 GHz. To handle multitasking, you get 3GB of RAM. Internal storage is 32 GB. You can add up another 128 Gigs via a microSD card slot. In the connectivity department, you get 3G and 4G LTE along with the essentials. The slate is powered by a 6,000 mAh battery. According to Sony, it lasts for around 17 hours on video playback.

The tablet shines in terms of aesthetics. It has a fancy glass body with a classy metal finish. At least, that's how it looks like in press images. What's more impressive is that the tablet is only 6.1 mm thick. And like most high-end Xperia products, the Z4 tablet is IP68-certified — dust and waterproof. 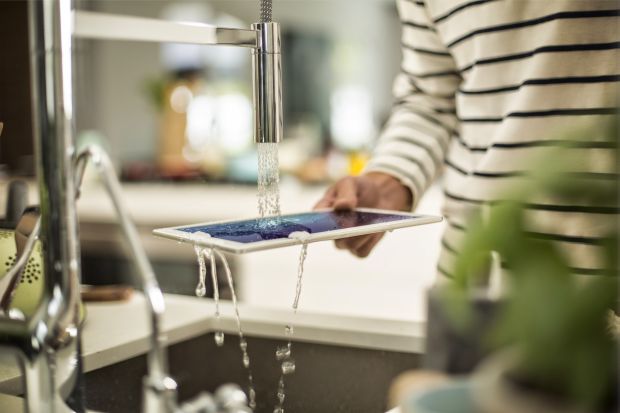 Sony's upcoming tablet will run Android Lollipop with Sony's customisation. The Xperia Z4 tablet will hit the stores starting from June 2015. nAt this point, there's no word on its pricing.