Sony may let go of its mobility business in future, but that hasn't stopped it from showcasing new products at the MWC 2015. Much like Microsoft, the Japanese company unveiled a mid-range phone rather than competing with Samsung and HTC's flagship devices. Dubbed Xperia M4 Aqua, this handset is IP68 certified. This means that the Xperia Aqua is resistant to dust and can withstand water immersion up to 1.5 metre for half an hour.

The device features a 5-inch HD screen. The panel type is IPS, so you can expect wide viewing angles. It is powered by a 64-bit octa-core Snapdragon 615 chipset found in Micromax's Yu Yureka. The Aqua has 2 GB RAM, and 8 GB / 16 GB internal storage depending on the region.

For shutterbugs, there's a 13 megapixel camera with Exmor RS sensor. The camera has an LED flash. The company has listed image stabiliser in the specs sheet, but does not mention whether it is backed by proper hardware. To keep up with the current trend, the phone comes with a 5 megapixel camera for selfies.

The phone covers all the essential connectivity options and $G LTE. The battery is 2400 mAh, which according to Sony is enough to last for two days. Upon release, the Aqua will run the latest Android 5.0 Lollipop OS.

Although Sony claims that the handset is crafted from the ground up, it looks like a watered-down version of the Xperia Z3. It's worth noting that the Aqua is Sony's first waterproof phone to feature cap-less microUSB port. So you no longer have to close all those ports and jacks before taking it to a swimming pool. 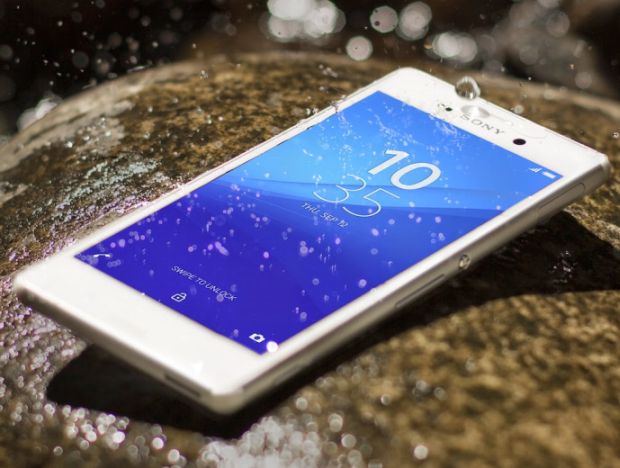