Samsung May Have Ditched Qualcomm Entirely For Its Upcoming GALAXY S6

This is not a cold war as Samsung may have plans to use its own chipset in future handsets. 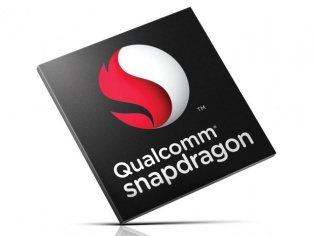 At Qualcomm’s quarterly earnings announcement the company seems to have done well. The chip maker posted a good hike in net income that was around $2.1 billion from a $7.1 billion revenue this quarter.

But the interesting part was that the company has lowered expectations for the second half of 2015; and as always, there is a reason for that.

The release states that Qualcomm has lost a large customer that we guess is Samsung. Rumours about the upcoming GALAXY S6 smartphone not featuring the Qualcomm Snapdragon 810 SoC seem to be coming from everywhere. Samsung seemed to have some issues with the Snapdragon 810 chipset that is said to have heat-related problems.

According to reports the company has prepared the Exynos 7420 SoC that it plans to include and deliver with the GALAXY S6. The Korean tech giant may have finally made up its mind on delivering something better and unique rather than going in for the run of the mill Snapdragon 810 that almost every other manufacturer out there will use in its flagship.

More importantly, Samsung is building the Exynos 7420 SoC using a 14 nm process, which will deliver better power savings along with improved performance.

Seems like the big overhaul that took place in the company recently, may have forced Samsung to focus on building something unique (and using hardware from its own portfolio) for the GALAXY S6. With the Qualcomm Snapdragon 810 that will come with every other flagship handset this year, it is anything but that.