The BlackBerry Classic Finally Sees A Launch In India | TechTree.com

The BlackBerry Classic Finally Sees A Launch In India

Finally makes a return to the high end segment with a capable keypad. 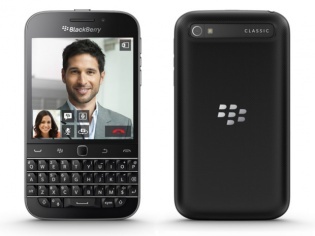 BlackBerry fans can indeed rejoice as the Canadian smartphone maker has announced its newest entry into the Indian smartphone market. The handset has been placed in the high end bracket and comes with a full physical QWERTY keypad along with mid-range internals.

What is important to note here is that BlackBerry has finally decided to switch back to a touch pad and the navigation keys. This is a smart move as the Blackberry Passport’s touch-sensitive keypad was indeed a pointless innovation; as it did not allow for the selection of a menu item after scrolling.

As for the design, the BlackBerry Classic fits into the high end segment with a rubberised dimpled finish, while the front gives more priority to the display.

When it comes to the hardware specs, power users will indeed be a bit disappointed:

The BlackBerry Classic as mentioned earlier fits into the high end segment, which is a bit disappointing considering its mid-range specifications. Still then BlackBerry fans who have been waiting for an all-rounder from BlackBerry will not be disappointed and will go in for it even at the Rs 31,990 asking price.