Samsung Goes Simple And Smart With Its First Tizen-Powered Z1

With no mention of apps, Samsung seems to have taken the pre-loaded approach with this handset. 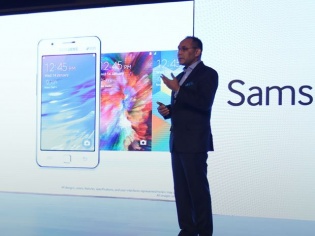 Samsung has announced its first Tizen OS 2.3-powered smartphone for the Indian market. The handset is a budget one and comes with cart load of goodies and pre-loaded content that makes the price tag worthwhile.

We did have a glimpse of the Tizen OS UI a few weeks ago when someone managed to leak out the information. The UX is pretty-much Spartan, looks clean and runs flawlessly since this is probably the first Samsung phone in years, to make use of software that has been custom built for the given hardware. There is the Ultra Power Saving mode available to help you utilize every last drop of power from your battery in case you happen to be running low on it. Samsung has even included a handy SOS feature. The feature will allow the user to send out emergency text messages and your location in the event of an accident (or in case your bring followed) by pressing the power button 4 times. There is also a built-in AntiVirus software that will scan apps and more. Talking about apps, Samsung seems to have pre-loaded a ton of apps with the smartphone, including the Club Samsung one that will give you access to 270,000 songs and over 80 live TV channels. As for the all important WhatsApp messenger, there is no confirmed news whether it comes built in or not.

As for the hardware, we get some decent specs, but keep in mind, that this does not run Android and will not get bogged down thanks to light Tizen OS.

The Samsung Z1 will be available in white, black and Wine Red and will go on sale for Rs 5700 starting today.