Get the latest version of the world's most popular open-source browser. Mozilla has released Firefox 11 for Windows, Mac, and Linux. Reportedly, the new version brings many aesthetic and under-the-hood improvements.   The most important feature in this version is the 3D View in-page inspector that is expected to make live CSS coding easier. There's also a new Style Editor tool, which simplifies stylesheet editing. Additionally, the browser can now grab bookmarks, history, and cookies from other browsers.

Apart from this, the software has received some security and bug fixes as before. However, there are still a few issues present in the latest build, including relatively slow scrolling in Gmail, sluggish WebGL performance on OS X, and incompatibility with Lenovo trackpads.   For the full list of improvements, bug fixes, and known issues, follow this link. 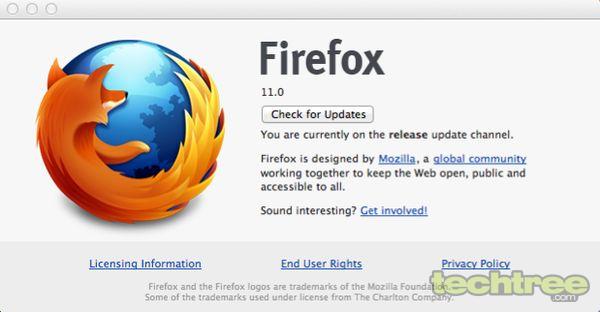