Samsung’s Tizen Smartphone To Be Launched In India This January | TechTree.com

Samsung’s Tizen Smartphone To Be Launched In India This January

This time around we get a confirmed model name for the much-rumoured device. 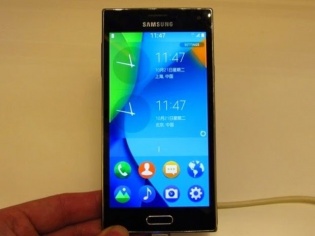 Samsung will be launching its newest Tizen-powered smartphone in January next year. While the launch date has been postponed a couple of times in the past, the company will be launching the smartphone on the 18th of January in India, which will then be followed by similar announcements in China and South Korea.

The news comes from a number of sources and even from a leaked presentation slide that is making rounds online. Unlike the previous leaks, we finally have a name. Samsung’s Tizen-powered device will be called the Samsung Z1. The smartphone will be a budget device and will comes at a price tag of about 7000 INR. As for the specifications, there is news on that front as well:

While Samsung had plans to launch a flagship Tizen device, backers were not so confident, which led to the company scrapping the idea. Now it seems Samsung wants to give Tizen a shot after all, and the budget segment seems to be perfect since there will clearly be no apps available for the platform at launch.