With decent pricing, we think that the Classic is a much better deal than what you get with the Passport. 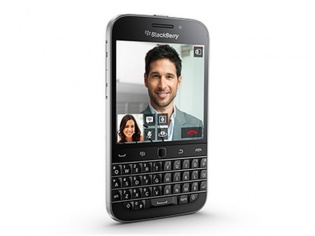 BlackBerry’s Classic is finally up for pre-order in the US. The Canadian smartphone maker under the guidance of CEO, John Chen has finally delivered what BlackBerry fans around the world had been waiting for -- a smartphone with a keyboard and a trackpad.

While most would think that BlackBerry has indeed found its sweet spot with the recently launched Passport smartphone, we clearly think not for two reasons. Awkward form-factor aside, the first reason would indeed be the price. The Passport is perched up there at a hefty Rs 50,000; a not so inviting price tag even for those who have been waiting for a smarter BlackBerry all along. BlackBerry has currently quoted a pre-order price tag of approximately Rs 28,000 for the Classic meaning that there is fat chance that new users and fans could indeed give it a shot. Secondly, there is the touch sensitive gesture keyboard on the Passport, which is practically useless in most situations as it makes for an additional step by skipping on a selection functionality. With the BlackBerry Classic, the company addresses both of these issues. You get decent pricing (a candy bar form factor) along with a trackpad that you can actually use to click on things, just like the good old days.