Rumour: Xiaomi Is Working On A Budget 9 Inch Tablet

The Chinese smartphone maker seems to be eyeing the tablet market after the success of its smartphones. 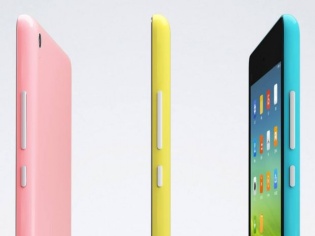 Xiaomi is well on its way to the top (it is already the 3rd largest manufacturer of smartphones). Top quality smartphones at budget prices is what they do and do pretty well. So if they have already figured out the smartphone market, it makes sense to believe that the company would be having its eyes on tablet market as well.

Going purely by the specs that we can see, we have a budget tablet here that Xiaomi could sell for well under Rs 9,000 in India. Tagged as the Xiaomi 2014811 the tablet::

As of now the result shows no mention of the cameras, and Xiaomi will not make a lame move by not including the same. This is why we think that it is still a product that is being tested and is clearly not ready for show time.

Not too long ago before the company set foot on Indian soil, they did launch the Xiaomi MiPad which was a mid-range NVIDIA K1 Tegra-powered beast. The tablet was introduced only in the Chinese market but was priced a bit higher up in the Xiaomi product chain at Rs 15000. As of today, Xiaomi has yet to deliver the MiPad in India.