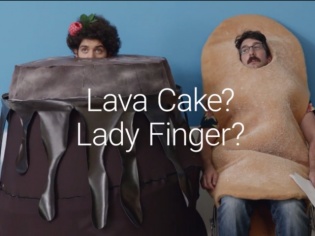 There's been some amount of speculation as to what Google will name its upcoming Android build, that so far has been passed off as version 5.0 or Android L. We should know the name soon enough, but not before Google taunts its fans with a few possibilities that keeps us guessing right until the last possible moment.

The company has outed a new promotional video that throws up possibilities like “Lemon Meringue Pie, Lemon Drop, Lady Finger and Lava Cake.” There's even the odd mention of “Oreo”, which is possible if Google decides to stick with a branded snack names, but comes off as one of the company's many ploys to screw with us.

Surprisingly, the most anticipated names for Android L – Lollipop and Licorice – are missing from the video, but in no way does it mean Google won't actually pick one of those names. To put it more bluntly, we have absolutely no idea what the upcoming version of Android will be called, but the increase in promotional activities suggests that it won't be long before we find out.

A recent report suggests that Android L, along with the HTC-built Nexus 9 tablet could be unveiled as soon as October 15. While there's no way to corroborate the findings of the report, we'd advice you to take everything you hear with a pinch of salt. In the meantime, why don't you enjoy the video of Google messing with us.