No, its not the end of the road for the Apple Watch. 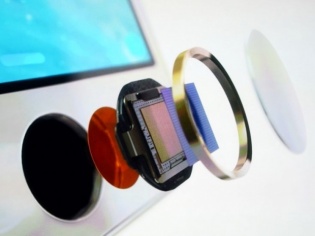 After Apple cancelled its big order for the iPhone 6 displays that were supposed to be sapphire coated, things seem to have turned sour for GT Advanced. The company that supplied sapphire components for the Cupertino tech giant has today filed for Chapter 11 bankruptcy.

We have no clue whether that is the exact reason why the supplier seems to have gone into a loss. But it seems to be the only reason right now as Apple still gets components such as the sapphire elements of the Touch ID sensor, the camera cover and now the Apple Watch’s display cover from the same supplier.

Chapter 11 means that the company will continue to operate as it did show 85 million USD in cash as of 28th of September. This however does seem to impact the production of the Apple Watch as the sources say that the launch has already been delayed and more importantly will see the smartwatch being sold in limited stocks.

As for GT Advanced, it hopes to solve issues with its creditors soon and is already planning a reorganisation plan to get its balance sheet straightened out. Who wouldn’t? Especially when you have tech giants like Apple as your clients.