This is far from the final release, but it is interesting to see how Samsung and others will add their customisations to it. 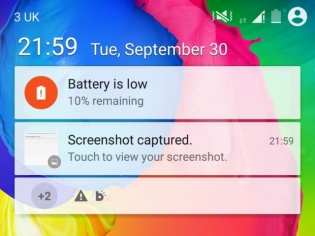 It’s not that Samsung’s current TouchWiz layer looks bad, (its certainly better than the past) but that won’t stop Samsung from adopting Android L, an update that comes with a ton of new features and UX differences from the past. SamMobile has leaked out a clear cut demo of what is one of the first builds of Samsung’s Android L update for the GALAXY S5. So far, you can breathe a sigh of relief as Samsung has not cut down on Android L’s plethora of features but seems to (for the first time) have played by its rules instead.

Material Design is indeed big for Android and Google’s eco-system of services. It aims to bring a simpler yet singular UX across all of Google’s services that includes apps running on smartphone, tablets and desktops as well.

As for Samsung’s Android L update for the GALAXY S5, it seems that Samsung is abiding by those design guidelines and has added a hint of TouchWiz to the same. 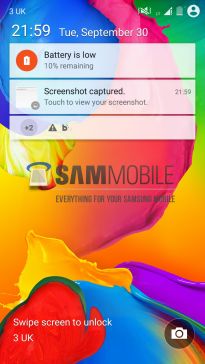 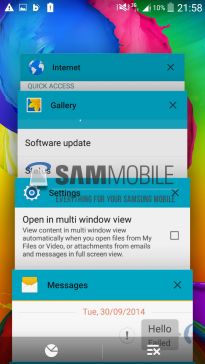 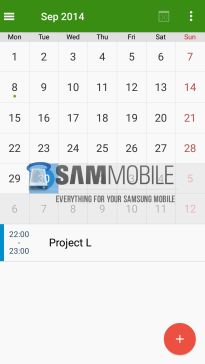 The update is buggy and this seems to be one of the earlier builds so things will get polished and bug-free by the time Samsung releases it. There are Material Design elements everywhere, from the Calendar to the Dialer, the Settings menu, the Memo app and lots more. The animations are present almost everywhere, but are still a bit slow and buggy which is excusable since this is not the final build. Even the Lock screen and the Recents menu have been redesigned too look similar to Android L. Apart from everything else, Samsung has even moved to a white background colour across its UI.

Samsung aside, we would be more interested in seeing what Sony delivers as they always seem to have a UX of their own. Check out the demo video below to see what Samsung’s Android L update looks like.